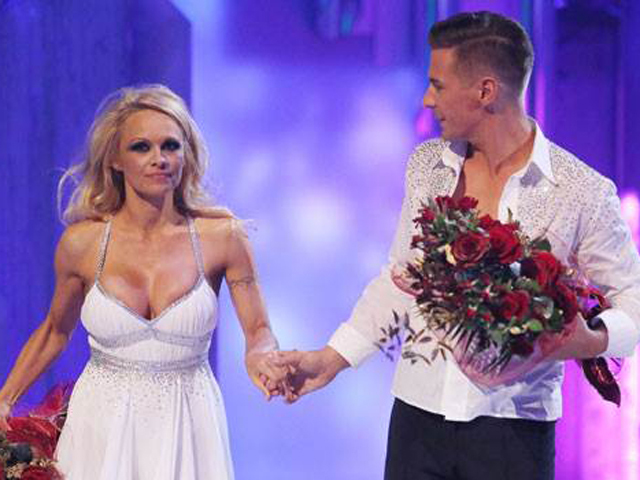 Pamela Anderson says she's "devastated" after becoming the first celebrity to be eliminated on the U.K. series, "Dancing on Ice," on Sunday, blaming a wardrobe malfunction for part of her skating troubles.

The 45-year-old former "Baywatch" star nearly fell out of her dress during her performance with partner Matt Evers, leaving them in the bottom two following the audience vote. The judges then voted to give her the boot.

"I just stumbled, my dress...my boobs fell out, it happens," she said, reports BBC News.