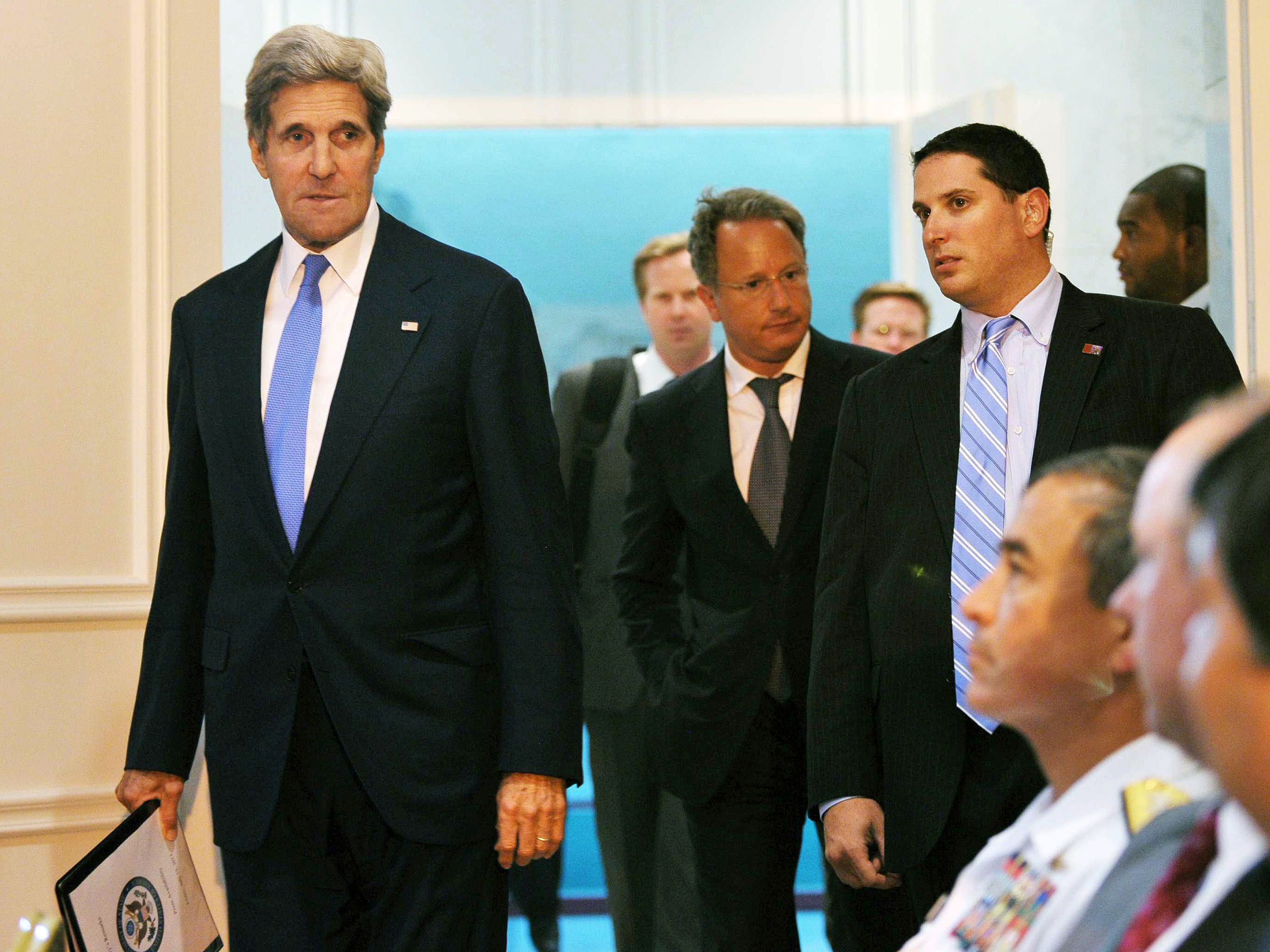 JERUSALEM Palestinian President Mahmoud Abbas agreed to resume peace talks with Israel only after U.S. Secretary of State John Kerry gave him a letter guaranteeing that the basis of the negotiations will be Israel's pre-1967 borders, a senior Palestinian official told the Associated Press Saturday.

The official, who is a close aide of the Palestinian leader and privy to internal discussions, said the U.S. letter also stipulated that both sides must refrain from taking any steps that would jeopardize the outcome of the talks. He said Israel is not to issue new tenders for Jewish settlements in the West Bank, while the Palestinians are not to pursue diplomatic action against Israel at any international organizations.

The official spoke on condition of anonymity because he is not authorized to brief the media.

There was no immediate comment from the State Department.

The Palestinians have long refused to resume negotiations unless Israel agreed to several preconditions, including that the talks would be based on Israel's borders before the 1967 Mideast war, when the Jewish state captured the Gaza Strip, the West Bank and east Jerusalem.

Speculation has been rife for weeks that the sides would find a way to sidestep Israel's reluctance to offer assurances of its pre-1967 borders as the framework for talks by having the guarantee provided by the United States.

Indeed, earlier in the day, Israel's intelligence and strategic affairs minister, Yuval Steinitz, said that while some "hardcore" Palestinian prisoners would be released as a precondition to resuming talks, other demands - including defining the borders according to the 1967 lines - would not be met ahead of negotiations.

Israeli Prime Minister Benjamin Netanyahu faces sharp opposition from within his majority coalition to such a move. One key ally, Economics Minister Neftali Bennett, has threatened to pull his Jewish Home Party out of the government altogether if the prime minister agrees to the border conditions.

Kerry announced late Friday that the Israelis and Palestinians will meet soon in Washington to work out the final details on an agreement to relaunch talks that collapsed in 2008. The U.S. diplomat did not offer details, saying that the deal is "still in the process of being formalized."

His announcement came after last-minute meetings with Palestinian officials at the end of a day in which he shuttled between the Jordanian capital and the West Bank.