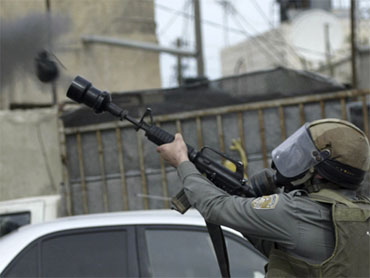 A rocket fired by Palestinian militants from the Gaza Strip killed a man inside Israel Thursday, Israeli medics said, in the first death from a rocket attack since Israel's Gaza offensive last year.

Magen David Adom, Israel's emergency service, said the man killed was about 30 years old and appeared to be a farm worker from Thailand employed in an agricultural community just north of Gaza.

Such rocket fire was once common but has become rare since the Israeli military's Gaza campaign, which brought about a steep drop in the number of attacks launched from the Palestinian territory.

Thursday's attack came on the same day as a visit to Gaza by Europe's top diplomat, EU foreign policy chief Catherine Ashton. It was the first such trip by a senior official in more than a year.

Ashton had just crossed into Gaza when the attack took place.

A small Islamist faction calling itself Ansar al-Sunna claimed responsibility for the rocket in a text message sent to reporters.

Israel's military said it was the third rocket fired from Gaza in a 12-hour stretch. There was no immediate Israeli retaliation to the attack.

The thousands of crude rockets launched from Gaza that hit Israel over a seven-year period sparked the Israeli military's three-week offensive in Gaza in late 2008 and early 2009. The brief war devastated the Palestinian territory, killing 1,400 Palestinians, including hundreds of civilians. Thirteen Israelis were killed.

Rocket attacks and border ambushes have dropped since the war, but they have not come to a complete halt.

Gaza is ruled by the Islamic militants of Hamas, but the sporadic attacks over the past year have generally been claimed by smaller militant factions.