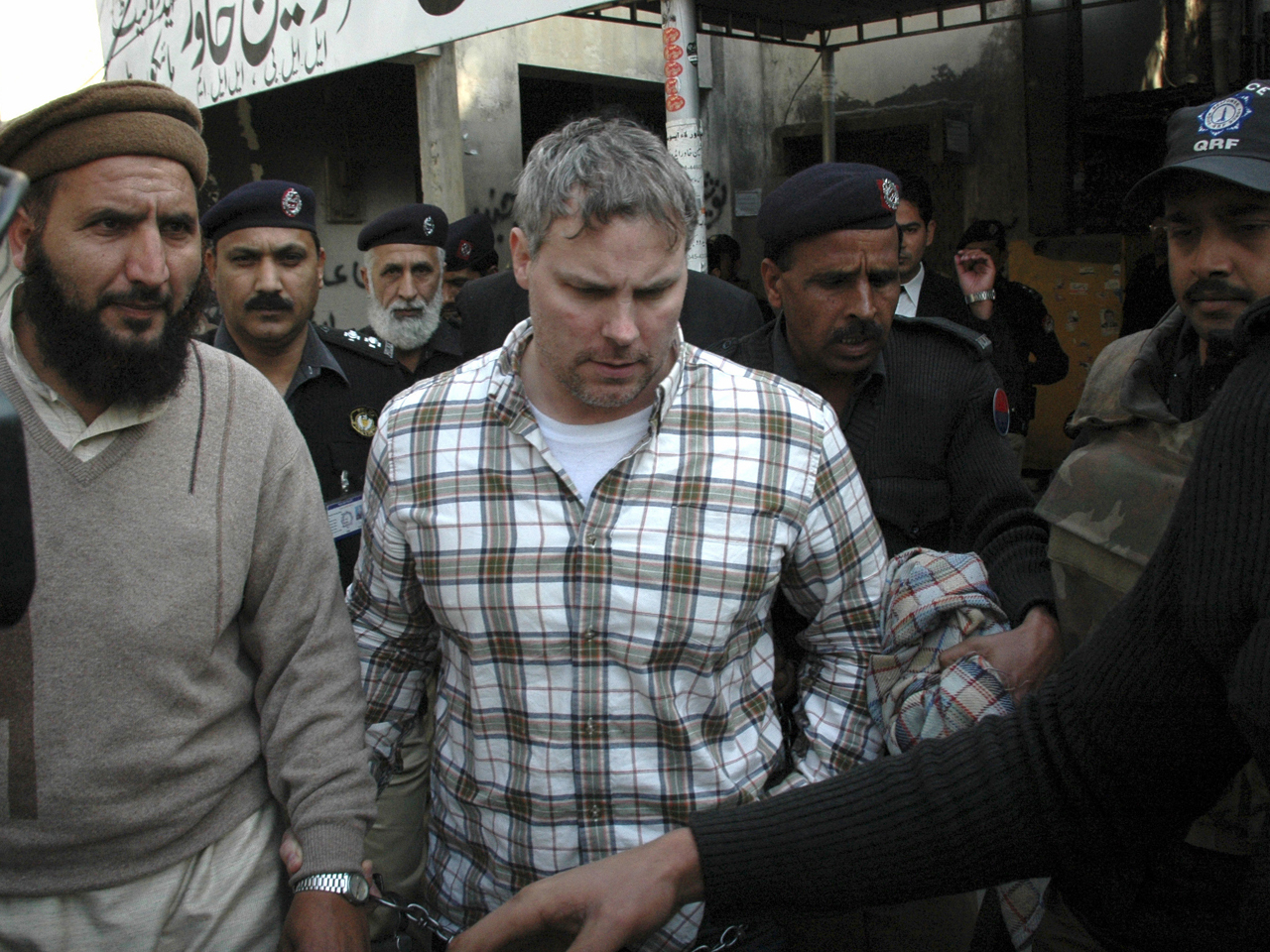 ISLAMABAD - Pakistan's Islamic hardliners on Tuesday threatened to forcefully block any attempt by their government to hand over Raymond Davis, a U.S. official arrested in the city of Lahore on Jan. 27, accused of killing of two young Pakistani men.

The threat came ahead of Sen. John Kerry's planned arrival in Islamabad amid expectations by Pakistani officials that the visit was aimed at discussing ways to resolve the dispute surrounding Davis - considered a bona fide diplomat by the U.S., and from Washington's perspective, armed with immunity from prosecution. But Pakistan argues Davis was not serving as a diplomat and therefore could not be considered immune from prosecution.

A Pakistani security official in the northern city of Peshawar said Taliban militants dispatched a powerfully worded message to the government, promising to seek revenge if Davis was handed over to the United States.

"If Raymond Davis is let go, the responsibility for the consequences of his release will lie with the Pakistani government. We will be compelled to seek revenge," said the Taliban in a message delivered to officials in the country's Khyber-Pakhtunkhwa province along the Afghan border, according to the security official who spoke to CBS News on condition of anonymity.

In Islamabad, Pakistan's capital city, protesters from the Jamaat-e-Islami - the main Islamic political group - gathered in a central part of town to protest against Davis.

"Down with America. Raymond Davis is a murderer and he must face justice," said Saeed Khattak, a young student activist from the Jamaat-e-Islami. In the aftermath of the Davis case, some of the strongest expressions of anti-U.S. sentiment have been seen on the streets of Pakistan - a country which is supposedly a U.S. ally in the war on terror. However, the danger of a fierce backlash from Islamists have forced the government of President Asif Ali Zardari on the defensive.

The case has sharply split even the country's rulers. Babar Awan, Pakistan's law minister, this week linked the Davis case with the fate of Aafia Siddiqui, serving time in a U.S. prison after being detained in Afghanistan. Siddiqui was sentenced to 86 years after being found guilty of trying to kill her American interrogators. According to reports in Pakistan's newspapers, Awan linked the two cases when he said the United States had "a repatriation call and we have a call" - a reference to Pakistan seeking Siddiqui's return to the country.

In contrast on Monday, a leader of Pakistan's ruling party, the Pakistan People's Party (PPP), backed calls from Washington for granting amnesty from prosecution to Davis. Fawzia Wahab, the information secretary of the PPP spoke just a day after it was confirmed that Shah Mahmood Qureshi, the former foreign minister, was dropped from the cabinet on Friday over his opposition to an award of amnesty for Davis.

"Under our laws, we have to accept the immunity for Raymond Davis" Wahab told CBS News. "Pakistan has international obligations and we have to fulfill those obligations."

Wahab's remarks have likely offered some hope to anxious U.S. officials, concerned over Davis becoming locked in a long drawn trial in a country whose government is a U.S. ally despite the widespread evidence of anti-Americanism among the mainstream population.

Western diplomats dealing with Pakistan are concerned over the manner in which Qureshi's departure has been widely portrayed by the country's hardcore nationalists as an matter of upholding the predominantly Muslim nation's honor.

"Qureshi is widely seen as an emerging hero. The fact of the matter is, while Pakistan's foreign ministry has refused amnesty [to Davis], even the ruling party as you can see considers Raymond Davis immune [from prosecution]," said one western diplomat based in Islamabad who spoke to CBS News on condition of anonymity.

The United States has already cancelled next week's talks between foreign ministers of Pakistan, Afghanistan and Secretary of State Hillary Clinton, due to take place in Washington. The the view in Islamabad is that the cancellation took place as an expression of U.S. anger regarding the Davis issue but U.S. officials have said the to two matters are not linked.

A Pakistani foreign ministry official who spoke to CBS News on condition of anonymity said hectic consultations were already taking place on background between U.S. and Pakistan officials to resolve the Davis case, though he warned that a resolution was not easy.

"Whatever options we take, there will be a heavy cost. If Pakistan lets Raymond Davis go free, there will be a public backlash. But if he is kept in custody, relations with the U.S. are bound to be strained," said the Pakistan foreign ministry official.