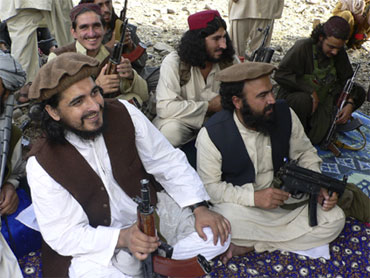 The leader of the Pakistani Taliban has warned his fighters in an intercepted message that cowards will go to hell.

Hakimullah Mehsud told his fighters that they must strictly follow orders and cannot leave the battlefield without their commander's permission. He said cowards "will go to hell and that is a very bad place."

He spoke Tuesday to his followers over a wireless radio system.

Pakistani intelligence officials shared a recording of the speech Thursday with The Associated Press.

Pakistani forces launched an offensive in mid-October against the Taliban in South Waziristan, a semiautonomous region along the Afghan border that is believed to be the main stronghold of al Qaeda and the Pakistani Taliban.