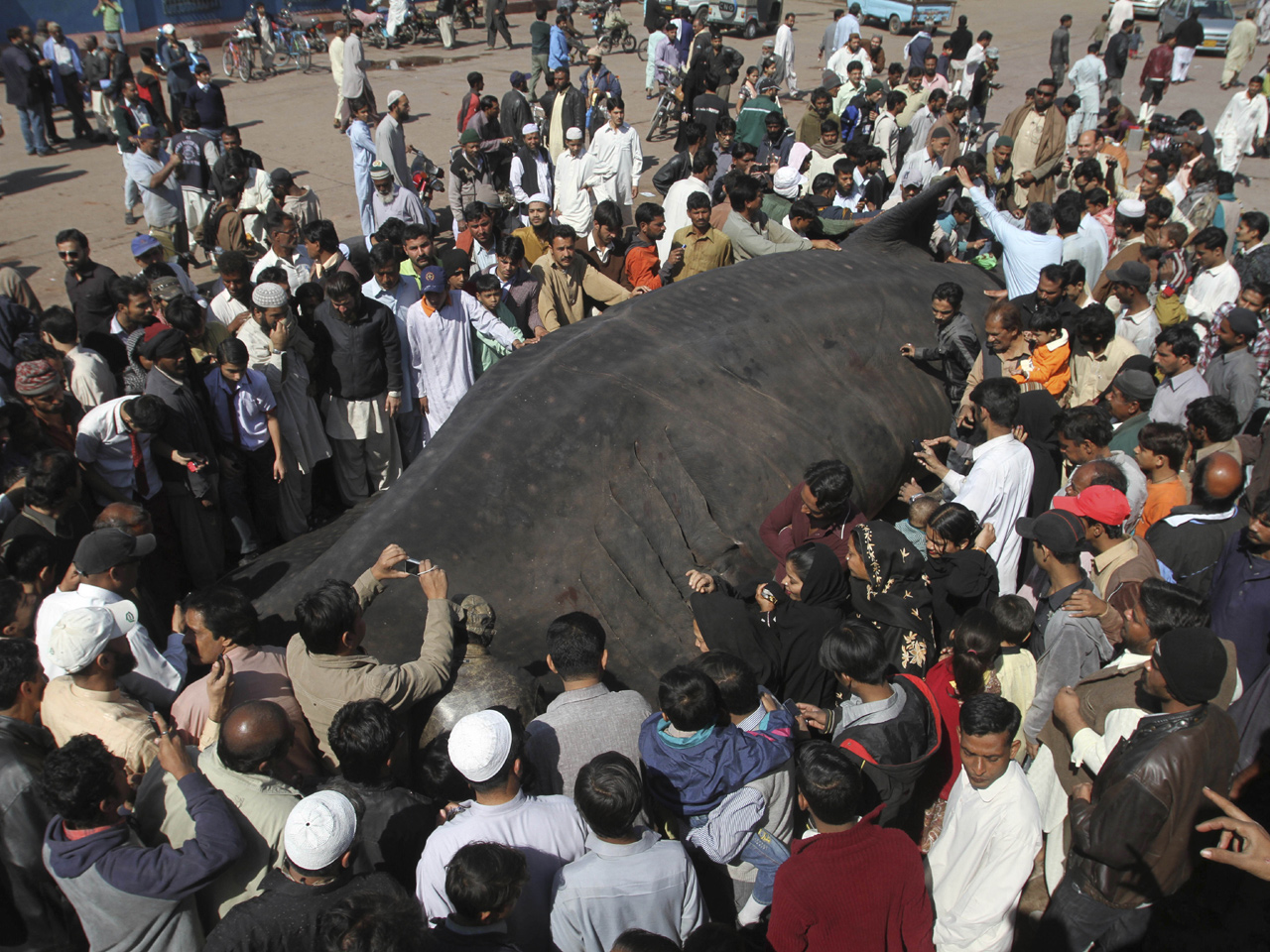 KARACHI, Pakistan - Qasim Khan waged the unlikeliest of battles with Pakistani authorities Thursday over the right to charge hundreds of curious visitors 22 cents each to see a roughly 40-foot whale shark he bought from a fisherman.

Khan is in the business of buying fish, albeit usually much smaller ones, and jumped at the chance on Tuesday to pay about $2,200 for the 20-ton behemoth, which was discovered dead in the Arabian Sea off the southern Pakistani city of Karachi.

Business was brisk Wednesday, as several thousand people paid to see the brown and white-spotted shark, which Khan set up under a cloth tent next to the harbor. People crowded around to put their hands on the massive shark, and families snapped their picture with it, ignoring the pungent smell as it began to rot.

But police cracked down Thursday, saying fishery authorities had decided people should be allowed to see the shark for free. Khan resisted and hid his prize attraction under the giant piece of green cloth he had previously used as a tent.

The move sparked a comic game of cat and mouse between Khan and the police. They would order him to remove the cover, which he would do briefly before replacing it. Then the cycle would start over again.

"We are told to protect and facilitate the people to see this rare fish, but this man is not allowing this," said police inspector Mohammad Aslam at the scene.

Khan countered by saying he paid 200,000 rupees ($2,000) for it. "To recover my cost I am charging just 20 rupees (20 cents) per ticket, but the forsaken fishery authorities have deprived me of this fortune," he said.

The altercation angered some of the hundreds of people who crowded around the shark.

"We came here to see the fish after the media hype, but to our dismay they are not allowing us to see it," said a young businessman, Sohail Shah.

One local newspaper had trumpeted the discovery with a headline that read "All is 'whale:' 'Moby Dick' comes to town ahead of Karachi Literature Festival."

Some were also upset to see people climbing all over the shark.

But nothing could dampen the enthusiasm of 9-year-old Fizza Umar, who came with her father.

Ashraf Daniel, a pastor of an Anglican church, was also delighted by the visit because he felt it reinforced his religious faith.

"Our Bible says that Saint Jonah survived three days in the abdomen of a whale, so I brought my children to see themselves the strength of God," said Daniel.