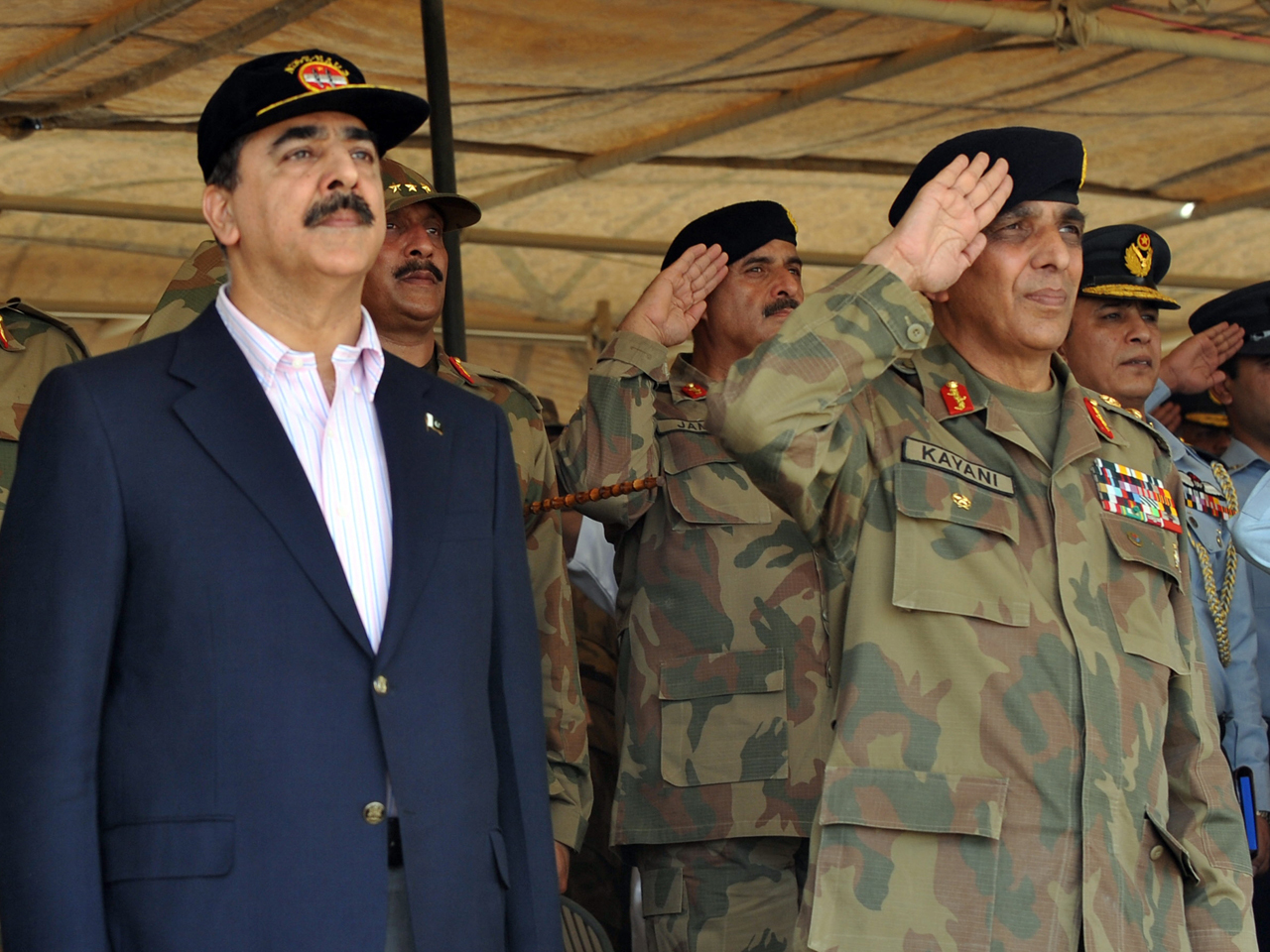 ISLAMABAD — Pakistan appears on the brink of chaos again, with the judiciary and army bearing down on its elected leaders. But already the crisis has underlined how Pakistan has changed in recent years: The military can no longer simply march in and seize power as it has done three times over the last six decades.

As a result, opportunities remain for both sides to back down. The civilian government may be able to ride it out until elections now seen likely in late summer.

"If this were the '90s, there would have been a coup a year ago," said Moeed Yusuf of the Washington-based United States Institute of Peace.

A watchful media poised to hound the generals — and a populace under few illusions that the top brass can be saviors after failing so many times before — seem to have acted as a brake on any designs by the army. The judiciary itself, although regarded by some as out to get President Asif Ali Zardari, would not sanction a coup.

It's also unclear how much of an appetite the judges have for dismissing a government that heads a coalition with a solid majority in parliament and with just one year left before it has to call elections.

Opposition parties are happy to see the government weakened. But the country's largest party, that of former Prime Minister Nawaz Sharif, is no fan of the army and might not want to come to power on the shoulders of a military intervention.

"The status quo remains, despite all the institutions coming to a head. Every scenario you paint, there will be chaos and no one benefits," Yusuf said.

To be sure, tensions are higher now than they have ever been since Zardari took office in 2008, and the crisis could yet turn in unpredictable and dangerous directions. The political turmoil has all but paralyzed governance in the nuclear-armed country, hampering American hopes of rebuilding strained ties with Islamabad and securing its help with negotiating peace in neighboring Afghanistan.

Last week, coup jitters spread after the army issued an unusual warning of "grievous consequences" for the country over a scandal involving an unsigned memo sent last year to Washington asking for U.S. help in preventing a coup in the aftermath of the American raid that killed Osama bin Laden.

But pundits and government critics alike have been predicting the imminent fall of either Zardari, Prime Minister Yousuf Raza Gilani or the government they head for much of the past four years. Each time, they have been proven wrong.

The next crunch date will be Thursday, when Gilani has been summoned to appear before the Supreme Court to explain why he has not ordered the attorney general to reopen a corruption case dating back years against his boss, Zardari.

Zardari and his late wife, Prime Minister Benazir Bhutto, were found guilty in absentia in a Swiss court in 2003 of laundering millions of dollars in kickbacks when they were in government.

They appealed, and Swiss authorities abandoned the case in 2008 at the request of the Pakistani government. The case was among thousands dropped as a result of an amnesty that allowed Bhutto to return from exile and contest elections in 2008.

Supporters of the deal said most of the cases were politically motivated and that "reconciliation" was needed to allow the country to move forward after years of cutthroat politics. The Supreme Court struck down the amnesty in 2009, and the standoff has simmered since then.

Gilani is being asked to write to Swiss authorities and request that they reopen the case against Zardari.

The government has resisted doing this for the past two years, saying the president has immunity from prosecution while in office.

If the court convicts Gilani of contempt, he could serve up to six months in prison and be disqualified from holding office. Faced with the prospect of time behind bars, Gilani may now agree to send a letter.

The most likely option, though, is that Gilani will make a conciliatory speech and play for time, dragging the process out. Zardari has publicly said he would never send a letter to Geneva because it would disrespect the memory of his wife, who was killed by Islamist militants in 2007.

If Gilani resigns or is forced to stand down by the court, the ruling party will elect another prime minister from the loyalists that stack the benches in the parliament.

The government has its eyes set firmly on Senate elections in March that are likely to result in a majority for Zardari's party in the upper house. That would give the party significant clout for the next six years even if it crashes in general elections.

Even if Gilani does write the Swiss, it is hard to see how the president will be in any immediate danger. Last year, Swiss prosecutors told reporters they couldn't prosecute Zardari since he had immunity. There are also questions of whether the statute of limitations has expired.

The Supreme Court has also formed a commission to investigate the memo delivered to Adm. Mike Mullen, the top U.S. military officer at the time. The American-Pakistani businessman who allegedly handed over the letter has hinted that it was drafted on Zardari's orders. If that can be proven, Zardari would be vulnerable to possible criminal proceedings — though that would likely take months.

Many observers suspect Zardari's party is happy to play up conflict with the army and the judges because it diverts attention from its paltry list of achievements in office. The party may even embrace the prospect of being kicked out because it would fire up its base ahead of elections.

The Pakistan People's Party has a long history of battles with the army. Benazir Bhutto's father, Former Prime Minister Zulfikar Ali Bhutto, was executed by a military dictator in 1979. Zardari himself was elected on a massive sympathy vote after Benazir Bhutto's Dec. 27, 2007 assassination, which the party was happy to hint could have been orchestrated by elements of the army establishment.

Bio: Chris Brummitt is the Associated Press chief of bureau in Islamabad and has covered Pakistan since 2008.