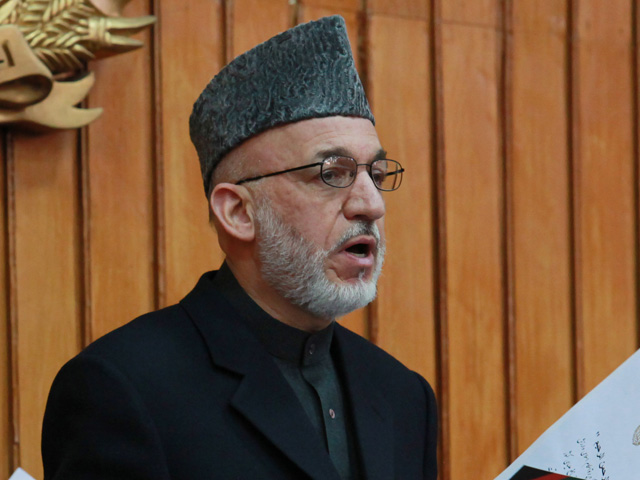 Pakistan's leadership is encouraging Afghan President Hamid Karzai to scale back Afghanistan's relationship with the United States and look instead to a strategic partnership with its neighbors to the east, the Wall Street Journal reports.

Pakistani Prime Minister Yousuf Raza Gilani made the pitch at an April 16 meeting, telling Karzai that the U.S. had failed both countries, the Journal reports, citing Afghan sources.

"Mr. Karzai is wavering on Pakistan's overtures, according to Afghans familiar with his thinking, with pro- and anti-American factions at the presidential palace trying to sway him to their sides," the Journal reports.

The U.S. is facing serious diplomatic hurdles with both countries. It faces continuing instability in Afghanistan -- where this week hundreds of Taliban militants were set free from a Kandahar prison, and where the U.S. is eyeing replacing controversial ambassador Karl Eikenberry with diplomat Ryan Crocker -- despite a decade-long military presence there. In Pakistan, a U.S. contractor working for the CIA was held on murder charges, causing a high-level international stir. Leaked documents also revealed this week that the U.S. considers Pakistan's spy agency, the ISI, a terror group similar to Hamas or Hezbollah.

The majority of U.S. and coalition troops are set to be withdrawn from Afghanistan beginning this summer, and "the country's neighbors, including Pakistan, Iran, India and Russia, are beginning to jockey for influence, positioning themselves for Afghanistan's post-American era," the Journal reports.