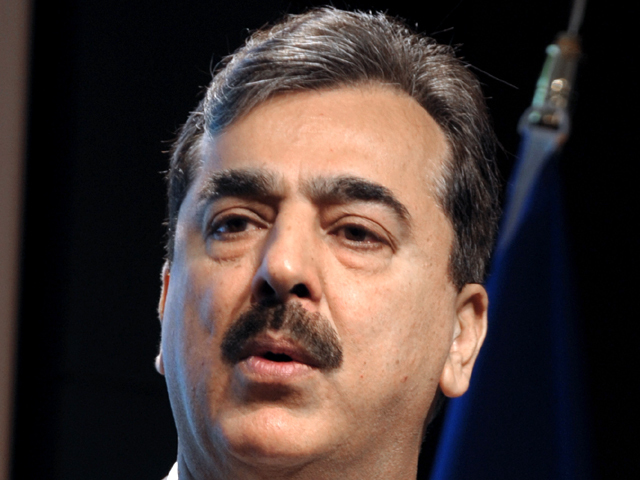 The sentiment is mutual, with China now in the process of shoring up its relations with Islamabad, Afghanistan and several other Central Asia states in step with an expected diminished U.S. presence as it winds down military operations in Afghanistan.

For Pakistan, Beijing represents an uncritical friend ready to provide aid, investment and military assistance. To the leaders in Beijing, ties with Pakistan and other countries in its neighborhood offer a bigger diplomatic footprint, better access to resources and a larger stable of allies to challenge U.S. supremacy.

"Pakistan wants to give a show that it is an independent actor and has options, and China offers a model of a functioning non-democratic state," said Indiana University China scholar Elliot Sperling.

Although Gilani's four-day visit was planned well in advance, it comes at a critical time for his country's relations with the U.S., which have been thrown into crisis over the American raid that killed bin Laden in the northern Pakistani city of Abbottabad on May 2. Pakistan has called it a violation of its sovereignty and threatened to retaliate if there are any similar operations in the future.

While American politicians served up withering criticisms of Pakistan's failure to find bin Laden's hide-out — or the possibility that officials were protecting him — China offered welcome reassurance, praising Pakistan as resolute in the fight against terrorism.

Gilani made Pakistan's appreciation clear, singling out China in a testy May 9 speech to parliament as Islamabad's "all-weather friend."

China-Pakistan ties were forged shortly after the founding of the People's Republic in 1949 and have thrived in part on both countries' distrust of their mutual neighbor India.

Gilani's visit is formally pitched as part of celebrations of the 60th anniversary of diplomatic ties, and he is scheduled to meet with top Chinese leaders and oversee the signing of a series of agreements beginning Wednesday.

"Further consolidating and developing our friendship and cooperation is the common aspiration of the two peoples," Chinese Foreign Ministry spokeswoman Jiang Yu said at a regularly scheduled news briefing Tuesday.

Along with billions of dollars in investment — up to $30 billion over the next five years, according to agreements signed last year — China supports Pakistan's nuclear power industry and sells it military hardware including surface-to-air missiles, navy frigates and fighter jets.

China for its part receives strong diplomatic backing from Pakistan in the region and among Islamic nations who might otherwise be more critical of China's repressive policies toward its Muslim Uighur minority.

Among other benefits: Pakistani officials have suggested they might offer Chinese experts a chance to examine the wreckage of a sophisticated U.S. helicopter that crashed during the operation to take out bin Laden.

A visit by Afghan Foreign Minister Zalmay Rasoul this month put a fresh sheen on bilateral relations at a time when the reduction in U.S. troop strength is expected to open up space for other countries to expand their influence there.

Days earlier, Beijing had underscored its regional heft by hosting forces from Kyrgyzstan and Tajikistan for joint anti-terrorism drills in the western Chinese region of Xinjiang, part of its embrace of Central Asia through the Chinese and Russian-dominated Shanghai Cooperation Organization.

Still, there are questions as to how much further China is willing to go in building up relations with Islamabad. China also needs to keep its crucial but delicate relationship with Washington in balance, and wouldn't want to be seen as exacerbating tensions between the U.S. and Pakistan.

Sperling said he doesn't expect much of substance to result from the visit, although China is happy to accommodate Pakistan's desire to alter perceptions.

China is also deeply concerned about radical Islamic threats on its border and has little interest in backing Pakistan's support for the Taliban in Afghanistan to counter Indian influence.

Greater turmoil in Afghanistan would be a "challenge instead of an opportunity for China," said Zhao Gancheng, director of South Asia studies at the Shanghai Institute for International Studies.

"China is willing to have cooperation with any Afghanistan government and provide help within its ability, but the role will be limited," he said.