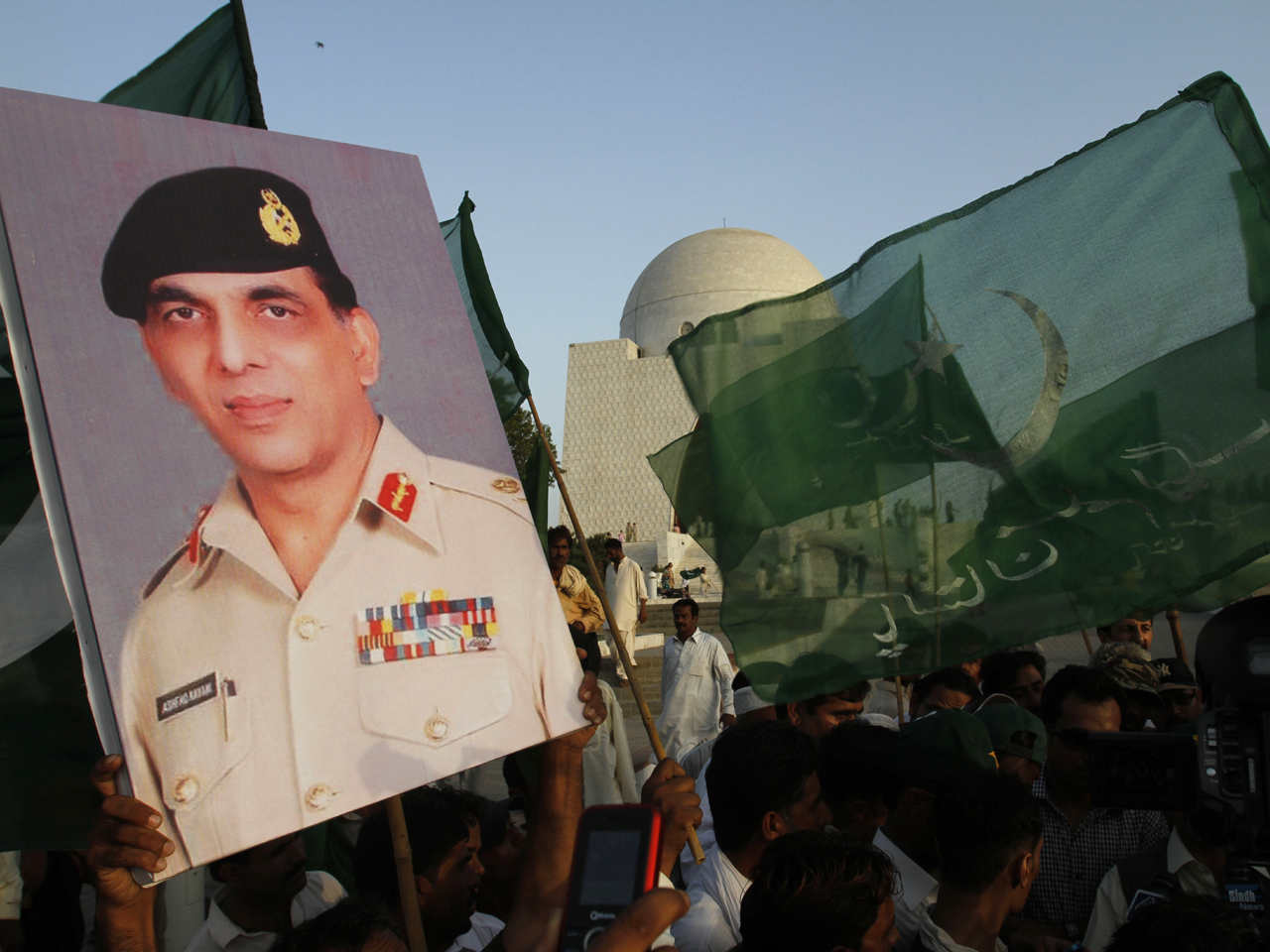 ISLAMABAD — Members of Pakistan's Parliament slammed the United States on Saturday for the raid that killed al Qaeda chief Osama bin Laden on their soil, but also demanded that an independent commission probe the debacle instead of one led by the country's powerful armed forces.

The parliamentary resolution followed a rare, private session with top military officials that began Friday and ran past midnight. During the session, Pakistani intelligence chief Lt. Gen. Ahmed Shuja Pasha indicated he'd be willing to resign if lawmakers demanded it, but no one did.

In fact, it appeared lawmakers from the weak civilian government and the opposition essentially closed ranks behind a military establishment humiliated by the May 2 U.S. Navy SEALs attack on bin Laden's compound in the northwest garrison city of Abbottabad. Pakistani leaders have insisted they had no idea bin Laden was staying in the city.

Few lawmakers were willing to discuss details of the confidential session, but the hours it covered suggested that the generals were questioned extensively — a rarity in a country where the military operates largely beyond civilian control and has staged multiple coups.

Intelligence chief Pasha spoke at length, and defended the military's record in fighting Islamist extremist movements, some of which have staged numerous deadly attacks on Pakistani soil.

Bin Laden was like a "dead person despite being alive," federal Information Minister Firdous Ashiq Awan quoted the intelligence chief as saying.

Pasha rarely talks to media on the record. The army chief, Gen. Ashfaq Parvez Kayani, was present, but there were no accounts of him speaking.

According to Awan, an air force official said the military learned "American planes were loaded with bombs" and in the air in Afghanistan, ready to retaliate if Pakistani planes went after the U.S. helicopters sent after bin Laden.

The U.S. has said it sent extra helicopters into Pakistani airspace to provide backup for the Navy SEALs.

The parliamentary resolution that emerged from the gathering termed the U.S. raid as an attack on Pakistan's sovereignty. It also criticized American drone strikes in Pakistan's militant-riddled tribal areas, which many suspect Pakistan secretly allows while publicly denouncing.

The resolution also called for an independent body to look into the bin Laden raid. Earlier in the week, Pakistani Prime Minister Yousuf Raza Gilani said the military would lead the probe, but that upset opposition leaders.

Pakistan became an ally of the U.S. in the fight against Islamist militants after the Sept. 11, 2001 attacks, but the relationship has long been an uneasy one, with mutual distrust that has only deepened since the bin Laden killing.

Although American officials have said so far they have seen no evidence the top Pakistani military officials knew of bin Laden's whereabouts, the U.S. has long harbored suspicions that elements of Pakistan's armed and intelligence services provide assistance to some militant groups battling Western troops in Afghanistan.

Pakistani officials deny any links to such groups, including the feared Haqqani network in eastern Afghanistan.

But analysts say Pakistan may be maintaining ties to some insurgents, including the Haqqanis and Afghan Taliban leaders, because it wants leverage in Afghanistan — and a wedge against archrival India — once the U.S. pulls out.