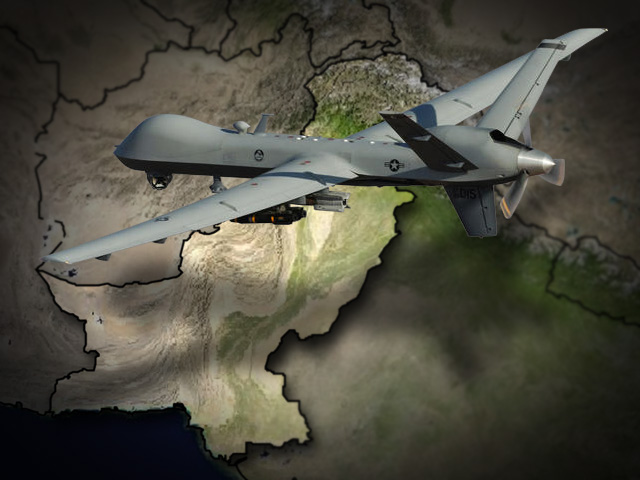 ISLAMABAD - The U.S. faces the challenge of quickly establishing alternative facilities from which to launch drone aircraft inside Afghanistan after Pakistan ordered U.S. personnel and hardware out of a base believed to have been used in the past for CIA drones, two senior Western defense officials tell CBS News.

Concern mounted Wednesday over the future of Pakistan's clandestine support for Washington's use of drones after the country's defense minister announced Pakistan had told the U.S. to vacate the small Shamsi air base in the southwestern Baluchistan province.

"U.S. personnel will not be allowed to use the Shamsi air base," a senior Pakistani government official added to CBS News.

Another senior Pakistani official, who spoke Thursday to CBS News on condition of anonymity, said there previously "have been U.S. activities at the Shamsi air base. All those activities are being ceased now."

The news comes as the Obama administration details its new strategy for combating extremism across the globe -- a strategy which shifts the focus sharply away from the large-scale ground operations espoused by President George W. Bush, to smaller "surgical" strikes, like drone attacks.

The official refused to specify the types of U.S. activities that have now been ceased at Shamsi.

Pakistan has always publicly criticized the U.S. for carrying out attacks using pilotless drones, and has never acknowledged that it cooperates with Washington on the use of such aircraft. The drones have become widely unpopular across Pakistan after some of the attacks reportedly resulted in civilian casualties, including women and children.

"The damage to the U.S. drone program will not be substantial. But Pakistan's decision is a setback for efforts to improve U.S. relations with Pakistan," a senior Western defense official based in Islamabad told CBS, also speaking on the condition of anonymity. "It will take some time for the Americans to establish the program in Afghanistan. It can be done."

Relations between the U.S. and Pakistan have remained frosty since U.S. Navy SEALs killed Osama bin Laden in the country's northern city of Abbottabad.

That attack was undertaken without the U.S. offering advanced information to Pakistan, out of fear that militant sympathizers in Pakistan's intelligence and security establishment might have alerted al Qaeda or the Taliban.

The 2nd May operation has been followed by a hardening of attitude by Pakistan's influential military, which claims the attack violated Pakistan's sovereignty. In reaction to the raid, Pakistan has already ordered more than 150 U.S. military trainers to leave the country.