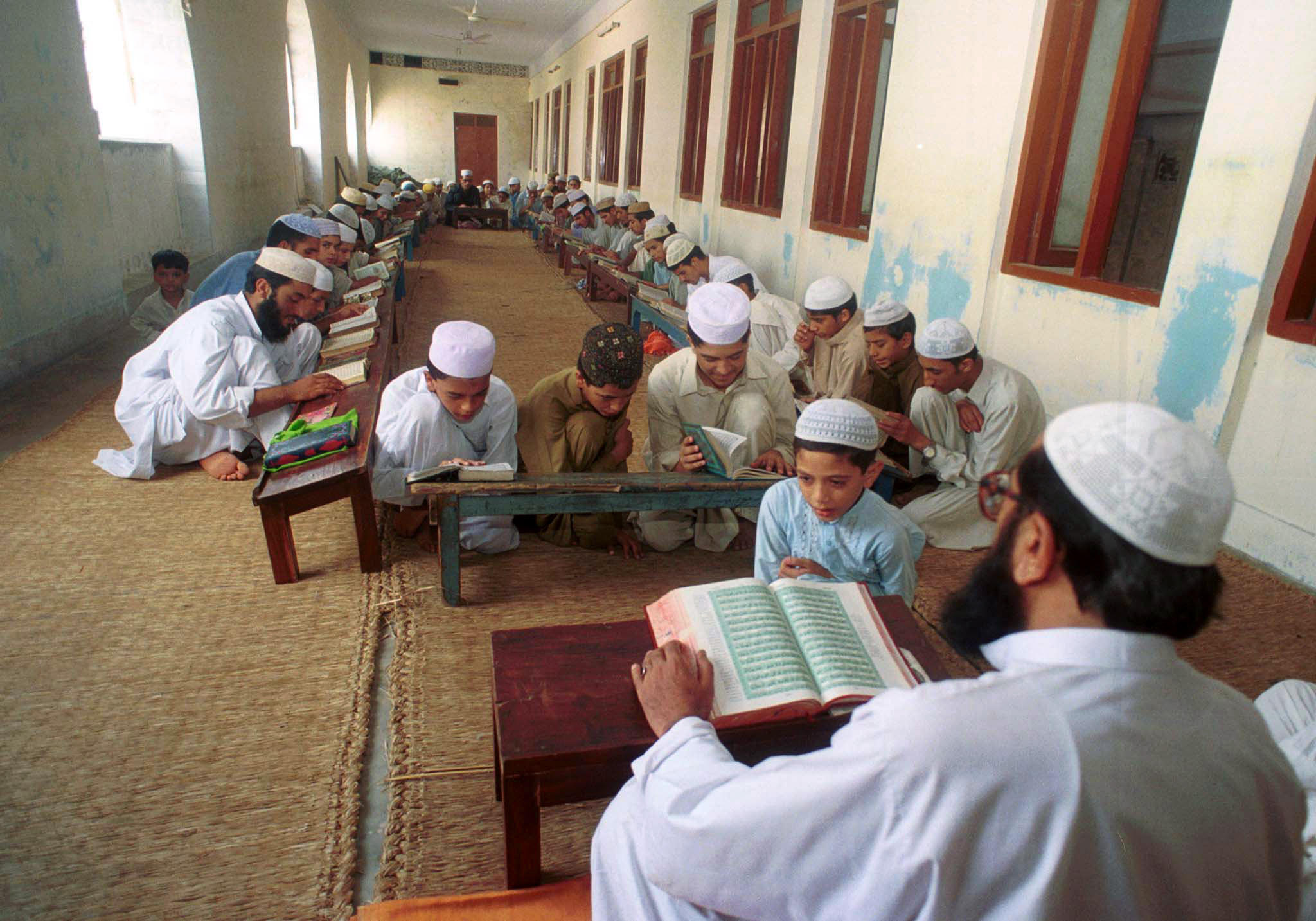 KEHRORE PAKKA, Pakistan -- Kausar Parveen struggles through tears as she remembers the blood-soaked pants of her 9-year-old son, raped by a religious cleric. Each time she begins to speak, she stops, swallows hard, wipes her tears and begins again.

The boy fidgets with his scarf and looks over at his mother.

"Did he rape you?" He buries his face in his scarf and nods yes.

Sexual abuse is a pervasive and longstanding problem at madrassas in Pakistan, an Associated Press investigation has found. But in a culture where clerics are powerful, it is seldom discussed or even acknowledged in public.

It is even more seldom prosecuted, according to the investigation, based on police documents and dozens of interviews with victims, families, officials and aid groups. Police are often paid off not to pursue justice against clerics, victims' families say. And cases rarely make it past the courts, because Pakistan's legal system allows the victim's family to "forgive" the offender and accept what is often referred to as "blood money."

A tally of cases reported in newspapers over the past 10 years of sexual abuse by maulvis or clerics and other religious officials came to 359. That represents "barely the tip of the iceberg," says Munizae Bano, executive director of Sahil, the organization that scours the newspapers.

In 2004, a Pakistani official disclosed more than 500 complaints of sexual assaults against young boys in madrassas. He has since refused to talk.

Two officials familiar with the madrassas said sexual abuse there happens all the time. They asked to remain anonymous for fear of retribution from militant groups. One compared the situation to the abuse of children by priests in the Catholic Church.

"There are thousands of incidences of sexual abuse in the madrassas," he says. "This thing is very common...I am not sure what it will take to expose the extent of it. It's very dangerous to even try."

Religious Affairs Minister Sardar Muhammad Yousaf dismisses the suggestion that sexual abuse is widespread, saying such talk is an attempt to malign the religion, seminaries and clerics. He acknowledges that it could occur occasionally 'because there are criminals everywhere."

The Interior Ministry, which oversees madrassas, refused repeated written and telephone requests for an interview.

More than 22,000 registered madrassas or Islamic schools in Pakistan teach at least 2 million students, often among the country's poorest, who receive food and an education for free. Thousands more madrassas are unregistered and operate without scrutiny, like the one attended by Parveen's son. Unlike the Catholic Church, which has a clear hierarchy, there is no central religious authority that governs madrassas.

When offending mullahs pay police off, they refuse to even register a case, according to the victims' families. The families involved are often poor and powerless.

"We are being pressured to compromise," says a man from Punjab who would only give his name as Maqsood. His younger brother says he was sexually assaulted at a madrassa by a cleric who threatened to kill his family if he told. The AP is not naming the children because they are victims of sexual abuse.

The top police officer in the district center of Multan, Deputy Inspector General Police Sultan Azam Temuri, denies that pressure from clerics or powerful politicians prompts police to go easy in such cases. He says cases are investigated when allegations are made. Temuri says his department is trying to tackle child abuse in general with the introduction of gender and child protection services.

Victims and their families can also choose to "forgive" an assailant because Pakistan's legal system is a mix of British Common Law and Islamic Shariah law. A similar legal provision was changed last year to prevent forgiveness of "honor" killings, where victims are murdered because they are thought to have brought shame on their families. Honor killings now carry a mandatory sentence of life in prison, but clerics in sexual abuse cases can still be forgiven.

Victims and their families often come under intense pressure to "forgive" the crime, or essentially settle for money. Many do, partly because they don't believe they have the power to do anything else.

The story of Parveen's son, who says he was raped by his teacher in Kehrore Pakka, shows how difficult it is to get justice in cases of sexual abuse at madrassas.

At the courthouse in Kehrore Pakka, the former cleric waited his turn to go before a judge. A half dozen members of the radical Sunni militant organization Sipah-e-Sahabah were there to support the teacher.

They scowled and moved closer when an AP reporter sat next to the teacher, who was shackled to a half dozen other prisoners. The whispers grew louder and more insistent.

"It's too dangerous here," said one person, looking over at the militants nearby. "Leave. Leave the courthouse, they can do anything here."

The teacher had already confessed, according to police, and the police report said he was found with the boy. Yet he swore his innocence in court.

In the end, the mother, Parveen, "forgave" the cleric and accepted $300, according to police.

The cleric was set free.