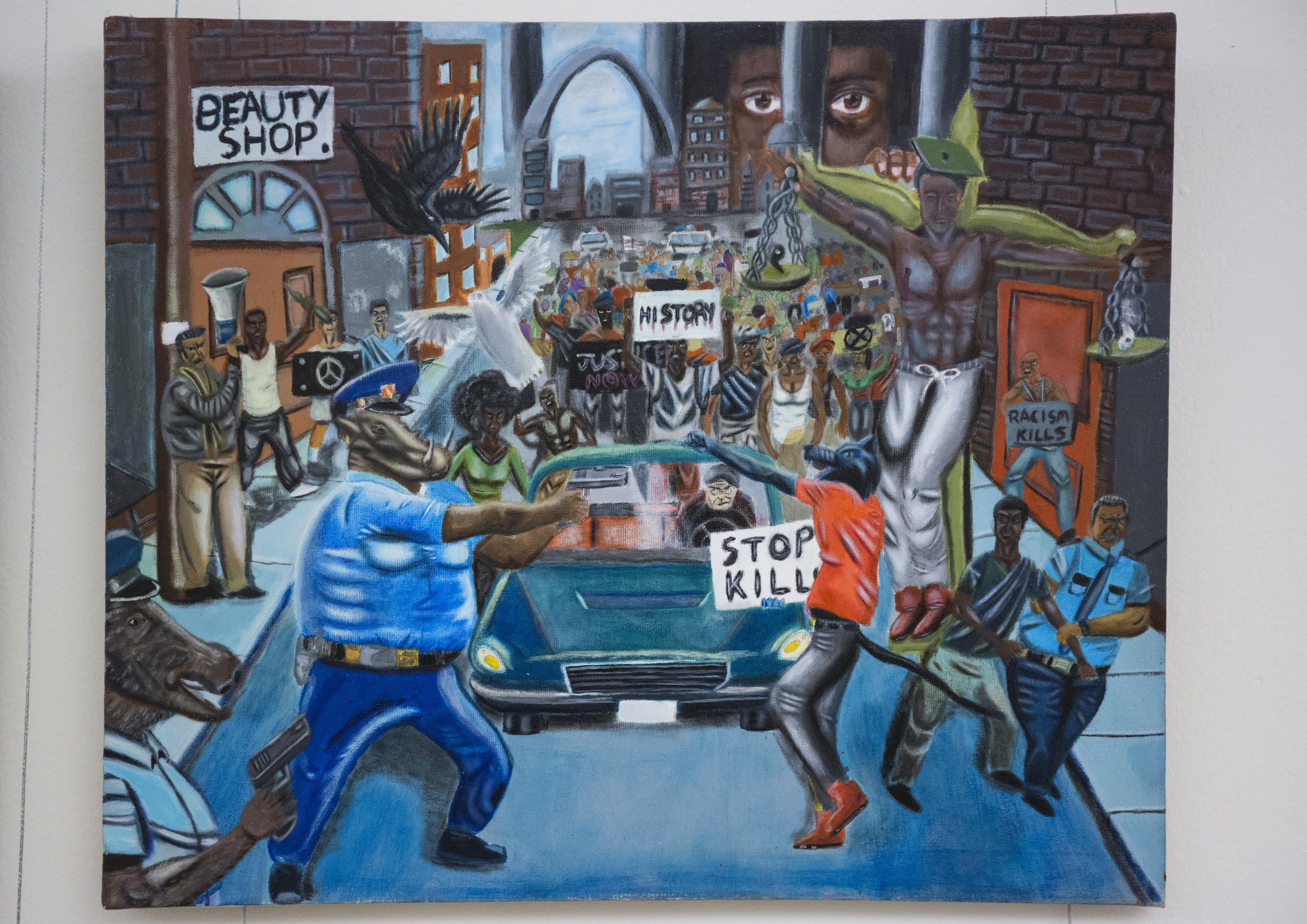 WASHINGTON  - A student’s painting that divided members of Congress for its depiction of Ferguson, Missouri, has been removed from its Capitol Hill display, this time perhaps permanently.

Several Republicans had complained about the painting, which shows a pig in a police uniform aiming a gun at a protester, and even took down the artwork temporarily. The lawmakers argued that the painting violated rules for a national student arts competition by showing subjects of contemporary political controversy or of a sensationalistic or gruesome nature.

In August 2014, a white police officer shot and killed Michael Brown, an unarmed black teenager, in Ferguson, setting off weeks of protests.

The architect of the Capitol informed lawmakers late Friday that the painting would be removed. On Tuesday, with House lawmakers back home for the week, the painting was gone.

The painting was among hundreds completed by high school students that are featured in a tunnel leading to the Capitol and had been hanging for months. But some conservative media outlets called for its removal and Republican lawmakers repeatedly took it down and returned it to Rep. William Lacy Clay’s office. Clay put it back up, saying its removal violated a constituent’s First Amendment rights to freedom of expression.

That constituent, David Pulphus, co-wrote a column with Etefia Umana, published in the St. Louis Post-Dispatch that said they surely would have been arrested if they had dared to enter the Capitol and removed the statue of slavery advocate John C. Calhoun, a vice president and senator from South Carolina who served before the Civil War.

Umana and Pulphus wrote that anger toward the painting was misplaced and fails to address critical issues pertinent to conditions in African-American communities.

“Art imitates life, but no critic has asked the fundamental question the painting begs: Why would a young student with hope, promise and purpose perceive our community and the police in such a manner?” the pair wrote.

The column concluded with: “David’s only comment is, ‘The art speaks for itself.’ It has spoken loudly. Now, who will protect American civilization, including our Constitution and democracy?”

Rep. David Reichert, R-Wash., said the painting hung in clear defiance of rules established for the arts competition and was a slap in the face to law enforcement officers. His letter to the architect of the Capitol initiated the painting’s removal.