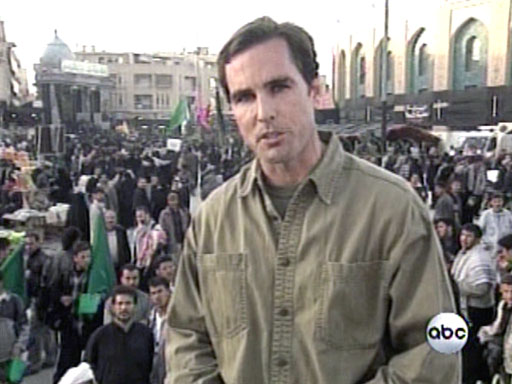 San Diego isn't about to concede the best record in the National League to the San DiegoAtlanta Braves.

Kevin Brown combined with three other pitchers on an 11-hit shutout and the Padres once again pulled within a game of the Braves in the NL's overall race with a 2-0 victory Thursday night.

"There's added incentive, no question about that," San Diego manager Bruce Bochy said. "You want to focus on winning the division, obviously, but we have a nice lead like they do. There's extra incentive to keep going hard and try to get the home-field advantage."

The top record in the league is critical this year, because of a change that guarantees home-field advantage throughout the NL playoffs. The Padres (82-45) had closed within a game of the Braves (83-44) after winning the first two games of a series at Qualcomm Stadium last week, but Atlanta maintained its lead by salvaging the final contest.

With both teams maintaining double-figure leads in their respective divisions, the focus is clearly on the best overall mark. Still, there's more than a month to go in the season, so it's a little too early to call this a must-win series for either the Braves or Padres.

"I don't want to put too much emphasis on beating the Braves," said Chris Gomez, who went 3-for-4 with a homer for San Diego. "It's only August. It will be a totally different ballgame if we face them again in the postseason."

Brown (16-4) joined teammate Andy Ashby and Atlanta's Greg Maddux and Tom Glavine as the top winners in the NL. It was Brown's first appearance at Turner Field sinclast October, when his complete-game victory in Game 6 of the league championship series sent Florida to the World Series.

"Maybe I thought about that a little bit before I got here," he said. "But once I was getting ready for the game, it was not on my mind at all. I was just thinking about what I had to do today."

Brown, who pitched a one-hitter against Milwaukee in his last start, extended his scoreless streak to 16 innings.

San Diego scored a run in each of the first two innings against Kevin Millwood (14-7) and made it stand up, though the Braves had plenty of chances against Brown and the others, leaving 12 runners on base and having another thrown out at the plate.

The Padres broke on top in the first when Steve Finley walked with one out and scored on Wally Joyner's two-out double into the right-field corner.

San Diego made it 2-0 in the second on another two-out hit -- Chris Gomez's fourth homer of the season into the left-field seats.

Brown, pitching on three days' rest of the first time this season, struck out nine but gave up eight hits in 6 1/3 innings, his most serious trouble coming in the sixth.

Ryan Klesko and Michael Tucker singled before Padres third baseman Ken Caminiti made his 20th error of the season, letting Andruw Jones' grounder slip under his glove to load the bases with two outs.

But Greg Colbrunn, batting for Millwood and hitting .400 as a pinch-hitter, grounded weakly to the mound on Brown's first pitch to end the threat.

Walt Weiss led off the seventh with a double, barely beating the throw to second. But the Atlanta shortstop wasn't so fortunate when he tried to score on Chipper Jones' single to center after Randy Myers came on in relief of Brown.

Weiss managed to elude catcher Carlos Hernandez on the slide, but umpire Bob Davidson ruled the Atlanta runner failed to connect when he attempted to drag his left foot across the plate while drifting away from Hernandez. The catcher jumped up and tagged out Weiss, who was standing a few feet from home thinking he had scored.

"The type of slide I was doing, kind of fading away, it was tough to look at the plate," Weiss said. "I just kind of threw my foot in that direction. I can't sit here and tell you I saw myself hit the plate. I didn't have a good vantage point."

"He was standing right on top of it," Cox said. "He obviously saw something the replay didn't show. It turned the game around."

Dan Miceli got the final out in the seventh and worked a scoreless eighth before Trevor Hoffman came on in the final inning for his 41st save.

The Braves squandered a solid effort by Millwood, whose three-game winning streak was snapped despite allowing just five hits and striking out eight in six innings.