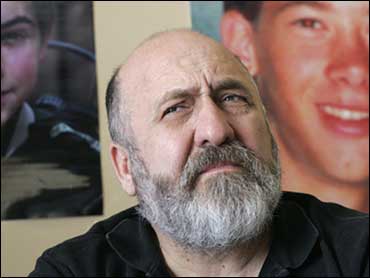 After being embarrassed in their last two games, the San Diego Padres needed a confidence boost.

Outscored 33-3 by Philadelphia in the last two games of a six-game road trip, the Padres got a big lift on Reggie Sanders' go-ahead, two-run triple and a solid outing by Andy Ashby for a 4-3 win over the Milwaukee Brewers on Thursday.

San Diego won for just the second time in its last eight games.

"All the thoughts have been negative," said Sanders, who also threw out Marquis Grissom at home plate to end Milwaukee's three-run, seventh inning. "We've just have been trying to do too much."

Ashby (12-7) allowed three runs one earned on eight hits in seven innings. The right-hander struck out six and did not walk a batter.

Ashby, who retired the first 11 batters of the game, was victimized by Ruben Rivera's two-out error on a ball in the sun in the seventh that allowed two runs to score and the Brewers to take a 3-2 lead.

"Stuff like happens and it magnifies it when you're losing," Ashby said. "I went at it with the attitude that I've got to stop this right now."

Trevor Hoffman struck out the side in the ninth for his 33rd save.

Trailing 3-2, the Padres rallied to win in the seventh. John Vander Wal hit a one-out single off Rocky Coppinger (2-2) and Quilvio Veras walked.

After Mike Myers got Tony Gwynn to fly out, David Weathers came in and allowed Sanders' fly ball down the right-field line that scored Vander Wal and Veras.

"I hate it so much for myself but more for Rocky," said Weathers. "You want to pick your teammates up, and when you don't do the job, it stinks."

The Brewers, who have lost six of seven, loaded the bases to start the seventh off Ashby.

Milwaukee had taken the lead with three runs in the top of the seventh. Dave Nilsson led off with a double, and singles by Kevin Barker and Jeff Cirillo loaded the bases.

Jose Valentin followed with a sacrifice fly. One out later, Grissom hit a fly ball to center field that Rivera appeared to lose it in the sun as it bounced off his glove. Barker and Cirillo scored on the error.

Mark Loretta followed with a single to left, but Grissom was thrown out by Sanders as he tried to score from second.

Veras added an RBI groundout and Ben Davis had an RBI single for the Padres.