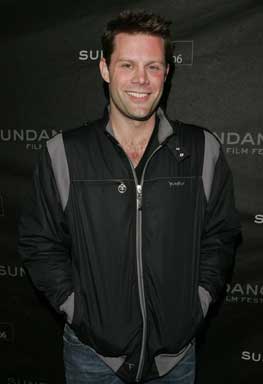 Chris Gomez thought he had a home run. He settled for a triple and wound up scoring anyway as the San Diego Padres won their 10th straight by rallying past the San Francisco Giants 7-6 Thursday night.

Greg Vaughn hit two home runs, including a game-tying two-run shot in the eighth as the Padres won for the 15th time this season in their final at-bat.

Gomez began the ninth with a drive off John Johnston (2-4) that backed left fielder Barry Bonds to the wall. Bonds leaped and the ball glanced off his glove, appearing to hit the yellow line on top of the fence signifying a homer, but the umpires ruled it in play and Gomez pulled up with a triple.

"I understand (it was a homer) but I scored so that makes it a lot easier to take," Gomez said.

With their fourth straight win in less than a week over the Giants, the Padres opened a 4 ½ game lead over San Francisco in the NL West and matched the second-longest winning streak in club history. San Diego also won 10 straight from July 25-Aug. 4, 1978.

"To get the first one in their ballpark is a good feeling," Vaughn said. "I think as a team, this shows what type of people we have on this ballclub. No one gave up. The relief pitchers came in and did a great job. Everybody made the plays. Ruben came off the bench and that's what it's going to take a group effort, and tonight the group was good."

Added Ken Caminiti: "The team is playing great but we can't let up. You get overconfident, bad things happen."

Roberto Ramirez (1-0) pitched an inning of relief for his first major league win and Dan Miceli two outs for his second save.

With San Diego trailing 6-3, Veras singled to start the eighth, chasing starter Mark Gardner, who had no-hit the Padres through 4 2-3 innings. Pinch-hitter Rivera singled off reliever Rich Rodriguez but Tony Gwynn hit into a double play.

Veras then scored and Ken Caminiti reached on third baseman Bill Mueller's throwing error. Steve Reed relieved and Vaughn connected for his second homer of the game and 24th this season to tie it 6-6.

Vaughn led off the seventh with a solo shot off Gardner, pulling the Padres within 6-3.

"Every time we make a mistake, they capitalize on it," said San Francisco manager Dusty Baker, whose club blew a 6-2 lead and dropped the opener of a four-game set with San Diego. "We've just got to stop making mistakes. We've just got to come out and play mistake-free baseball. Or maybe, it's their turn to make mistakes."

Gardner allowed four runs three earned and five hits in seven innings. He struck out eight and had an RBI single during a three-run sixth.

But San Diego came back behind Joey Hamilton's first career triple in the fifth.

Hamilton, who allowed six runs in 5 1-3 innings, got a couple of them back with his deep drive that eluded center fielder Hamilton's diving attempt at a basket catch.

Notes: Giants first baseman J.T. Snow left for Southern California on Thursday to attend a family gathering following the death of his mother, Merry Carole Snow. A funeral will be held Saturday and Snow was expected to return either Sunday or Monday. ... The Padres are 18-9 in one-run games this season. ... With one more victory, the Padres can tie the club-record 11-game winning streak from April 14-27, 1982. ... Vaughn has 19 multihomer games in his career, four this season. ... For the first time in four starts, Gardner did not allow a run in the first inning.