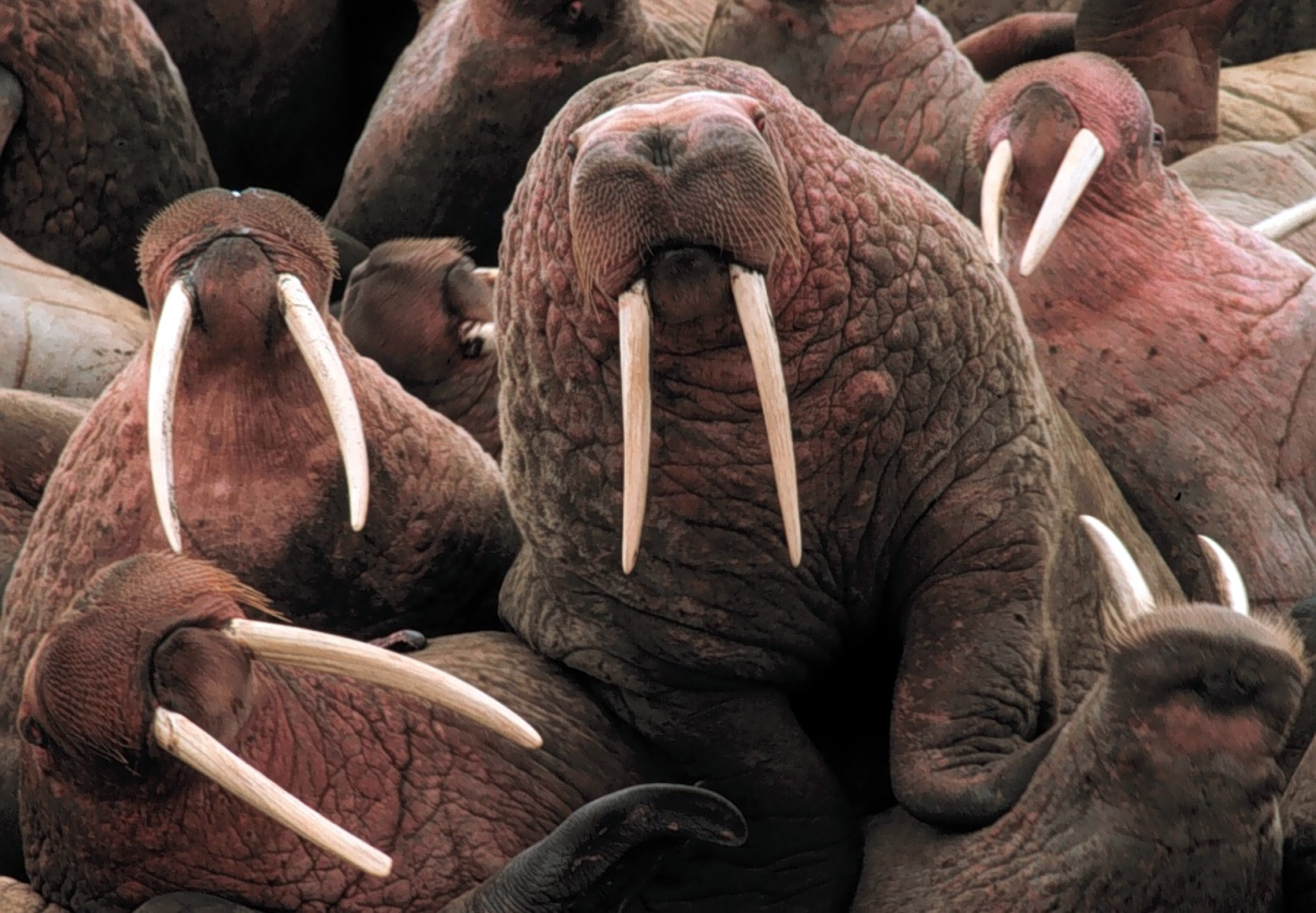 ANCHORAGE, Alaska Pacific walrus are beginning to come ashore near a remote community on Alaska’s northwest coast in what’s become a marine mammal phenomenon caused by a warming climate.

The massive animals have gathered by the thousands each fall on a barrier island near the Inupiat Eskimo village of Point Lay. Last year, 35,000 hauled out on the rocky beach. So far, about 1,000 walrus are currently at the site, CBS affiliate KTVA reports.

U.S. Fish and Wildlife Service spokeswoman Andrea Medeiros says about 1,000 walrus are currently at the site. Medeiros says the village notified her agency Friday that the animals have begun arriving.

Walrus prefer resting on sea ice to look out for predators such as polar bears. But in 2007, they began coming ashore on the northwest Alaska coast because of receding summer sea ice as Arctic temperatures have warmed.

The tribal council of Point Lay says in a statement they are concerned about the walrus because they are subject to stampedes that can kill the youngest of the animals.

The council says walrus are a source of subsistence food for them. The council says villagers want to protect their cultural way of life and asked that anyone in the area respect “our animals and try not to disturb them.”

Four men from Point Hope face federal charges for killing walruses outside of subsistence hunting regulations. Those charges include allegations the men threatened the group by causing the walruses to stampede and potentially kill each other at Cape Lisburne — located between Point Lay and Point Hope in western Alaska. Each man faces up to a year in prison for each offense, along with a maximum fine of $20,000.