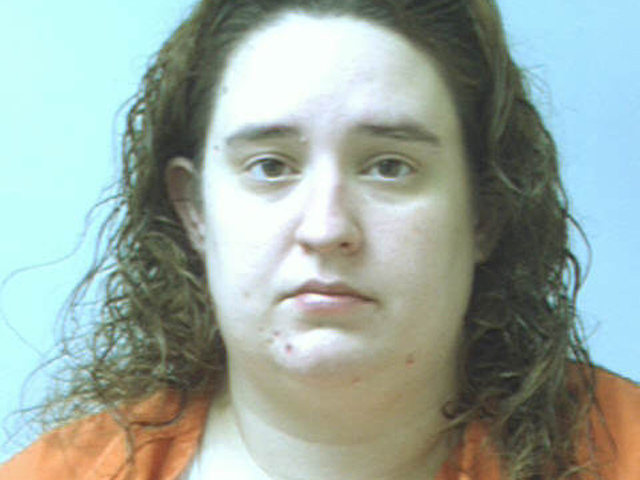 (CBS/AP) PITTSBURGH - 32-year-old Amy Slanina is in a western Pennsylvania jail for allegedly pretending to be abused so she could stay at a women's shelter.

Slanina was arrested on charges that she stole the services of the shelter after she claimed to be the battered wife of a cop who shelter officials eventually determined didn't exist.

According to court records and interviews by the Associated Press, Slanina has a history of deception. Authorities say she pretends to be pregnant so that infertile couples seeking to adopt children and other friends will shower her with attention, affection and sometimes material goods.

Police and welfare officials say that's not a crime, though Slanina has done time for stealing from the people she conned into thinking she was pregnant.

Police in Kittanning, a city about 45 miles southeast of Pittsburgh, briefly charged her with scamming an Idaho couple whom Slanina contacted, claiming to be pregnant. The couple, Barry and Rebecca Vest, traveled to Pennsylvania five days after Christmas hoping to adopt Slanina's baby, only to find Slanina in custody on women's shelter charges - and not pregnant.

"What did you get from this?" Rebecca Vest said, noting that Slanina gained nothing, materially, by lying to them. "Since you have a history of this, why can't you change? Why can't you get a job like everybody else? Why do you make a living off of causing other people pain? Are you that miserable that you have to make other people miserable?"