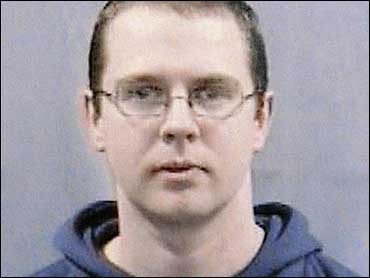 A man who laid siege to a one-room Amish schoolhouse, killing five girls, told his wife by cell phone shortly before opening fire that he had molested two young relatives decades ago and was tormented by "dreams of molesting again," authorities said Tuesday.

Charles Carl Roberts IV, 32, appeared to have plans to molest children at the small Amish school, but police have no evidence that he actually did, State Police Commissioner Jeffrey B. Miller said.

Roberts had sexual lubricant with him and plastic handcuffs that he had bought seven days earlier, and he chained the girls together in a line at the blackboard and barricade the doors after sending the boys and adults away, Miller said.

Roberts also had weapons and supplies indicating he was prepared for a long stand-off, Miller said.

"He states in his suicide note that he had dreams about doing what he did 20 years ago again," Miller said.

Police could not immediately confirm Roberts' claim about molesting young relatives when Roberts would have been a just a child himself, Miller said, and he said Roberts' family members knew nothing of molestation in his past.

Roberts left behind notes for his wife and three children that also talked about his anguish over the loss of the couple's newborn daughter, Elise, in 1997, Miller said.

(CBS)
"I don't know how you put up with me all those years," the note reads. "I am not worthy of you, you are the perfect wife you deserve so much better. We had so many good memories together as well as the tragedy with Elise. It changed my life forever I haven't been the same since it affected me in a way I never felt possible. I am filled with so much hate, hate toward myself hate towards God and unimaginable emptyness it seems like everytime we do something fun I think about how Elise wasn't here to share it with us and I go right back to anger."

The note went on to allude to another reason for his anger, said Miller, "but he can't discuss it with her and it happened 20 years ago."

When Roberts spoke with his wife by cell phone from inside the school at 10:50 a.m. Monday, he had been there for at least half an hour and he told her then that he had molested young relatives two decades earlier, Miller said.

Shortly after police reached the school, they heard gunfire. The young Amish girls had been shot "execution style" and the gunman was dead in the nation's third deadly school shooting in less than a week.

"Their daughter that died was their only daughter. They were a family of boys and I remember that when a girl was born, they were just so tickled they'd finally gotten a girl. And now she's gone," Rhoads said.

The Amish don't take photographs, reports Pitts, but parents are likely to keep a set of clothing, some toys and a lock of their daughters' hair as keepsakes.

"I don't believe there was any sort of malice toward the Amish necessarily," Miller said on CBS News' The Early Show. "I think he sought out a target of opportunity where he had female victims that were young in age, between the ages of 6 and 13, and I think that was really the focus, a place he could get into and out of."

Roberts, a father of three and milk truck driver from the nearby town of Bart, Pa., was not Amish and did not appear to be targeting the Amish specifically, Miller said. He said Roberts seemed bent on killing young girls and apparently figured he could succeed at the lightly guarded schoolhouse.

"Roberts' actions were scripted," Miller said. "He had a mental script that he had already gone through in his mind and plans for what he was going to do until the time that the police arrived."

Early that morning, Roberts ran his milk route as usual, then he and his wife prepared for their own children for school, Miller said.

While Roberts' wife went to a morning prayer group, Roberts drove to the tiny Amish school to carry out his plan, Miller said.

He had supplies for a lengthy siege, including three guns, a stun gun, two knives, a pile of wood and a bag with 600 rounds of ammunition, plus clothing, toilet paper, bolts and rolls of clear tape, police said.

"We know in speaking to the teacher that he walked in, he had a gun in his hand and he began to speak to the students: 'Have you ever seen this?'" Miller told ABC's "Good Morning America" Tuesday morning.

"Obviously the teacher was very concerned right away," Miller said. "He wasn't agitated, but he was very serious about what he was doing, and methodical in how he separated students, allowed certain people to leave, and then began to bind the female students he had at the blackboard.

"They weren't able to get away. They were basically standing, bound to each other, their legs were bound together. They couldn't run away from that location."

Before killing the girls, Roberts had released about 15 boys, a pregnant woman and three women with infants, then barred the doors with desks and wood and secured them with nails, police said.

The attack on the tiny, one-room schoolhouse amid the farm fields of Lancaster County was the nation's third deadly school shooting in less than a week, and it led the Bush administration to call for a school violence summit within days to discuss possible federal action to help communities prevent violence and deal with its aftermath.

The Amish traditions of simple living, including the lack of phones in the school, complicated the situation for police responding to the attack and for the families.

Many of the parents refused to fly in planes and had to be driven to see their children at hospitals, which made identifications difficult, Miller said. He said some families were taken to the wrong hospitals amid the confusion.

In a statement released to reporters, Roberts' wife, Marie, called her husband "loving, supportive and thoughtful."

"He was an exceptional father," she said. "He took the kids to soccer practice and games, played ball in the backyard and took our 7-year-old daughter shopping. He never said no when I asked him to change a diaper.

"Our hearts are broken, our lives are shattered, and we grieve for the innocence and lives that were lost today," she said. "Above all, please pray for the families who lost children and please pray too for our family and children."

Although the shootings resembled an attack last week at Platte Canyon High School in Bailey, Colo., where a man took several girls hostage in a school classroom and then killed one of them and himself, Monday's shooting did not appear to be a copycat crime.

"I really believe this was about this individual and what was going on inside his head," Miller said.