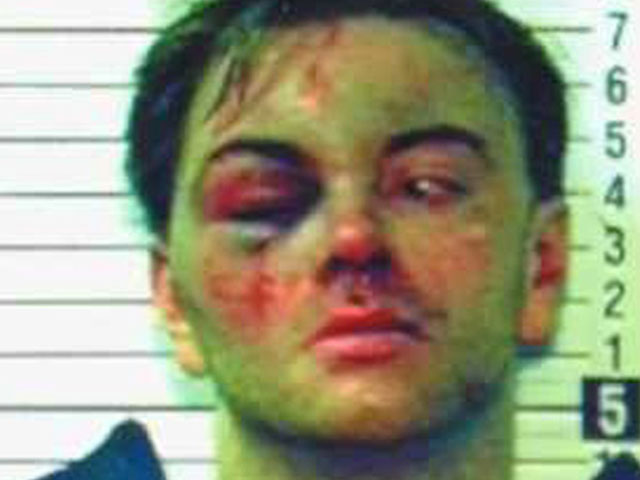 (CBS/WBNG) VESTAL, N.Y. - A video gone viral this month has put a handful of Pennsylvania State Police officers under fire in the alleged beating of Vestal man Robert Leone.

Leone is suing the State Police claiming he was physically beaten, Tased and verbally assaulted over the course of nine hours while in their custody, CBS affiliate WBNG reports.

Leone, 31, filed the lawsuit in March, saying he was subjected to hours of beatings and electrical shocks by Pennsylvania state troopers. A 37-minute video that was posted to YouTube claims to walk viewers through the alleged assault following Leone's March 2010 arrest along Route 6 in Bradford County, Pa.

Leone was convicted of four charges stemming from the incident, including assaulting a police officer, and is imprisoned in the Bradford County Correctional Facility. Bradford County District Attorney Dan Barrett said Leone had abusive levels of the stimulant drug Adderall in his system at the time of his arrest.

WBNG says it has seen video of the confrontation shot by police.

"Do you know who you're messing with? This is the Pennsylvania State Police," a police officer is heard saying on the tape.

According to Leone's lawsuit, he was beaten at the scene of the arrest and state troopers wouldn't allow him to be transported to the hospital by an ambulance. According to the suit, Trooper Scott Renfer rode in the ambulance instead after he broke his hand while allegedly beating Leone. Leone, states the suit, was taken to the hospital by police, hogtied in the back of the police vehicle.

"He has excruciating pains to this day," Joan Leone, Robert's mother, told WBNG. "He said in the beginning they had to physically pick him up off the slab because he could not move himself."

After an initial trip to the hospital, WBNG reports that the lawsuit alleges Leone was brought back to the Towanda State Police Barracks where he was shot with a Taser, pepper sprayed, and beaten again. He was then taken to the hospital for a second time and treated for wounds to his face, the suit claims.

"They put him on the phone and he starts screaming that he has been beaten within an inch of his life," Joan Leone told WBNG. "They tried to kill him through the night. He has been threatened that they are going to kill him and make it look like a suicide or an accident."

Joan Leone told the station that as soon as her son said that, the police pulled the phone from him and left her disconnected. Leone's family said they believe authorities wanted to keep their son imprisoned for the maximum four years in an attempt to let the statute of limitations run out, meaning that the state troopers involved couldn't be held responsible.

"The corruption in PA is so widespread that they're going to keep him in for four years. Because they have no intention of letting him out because he's going to be speaking about what's happened to him," Joan Leone said.

The Bradford County Commissioners released a statement saying they are concerned about the allegations, but inquiries regarding Leone's arrest should be directed to the Pennsylvania State Police.