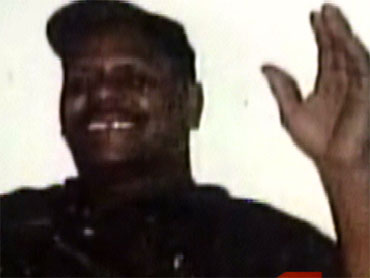 Everyone relies on 911 in an emergency. However, in Pittsburgh recently, a man called 911 10 times over the course of a weekend, complaining of severe abdominal pain, without getting an ambulance. He died without receiving help.

His longtime girlfriend Sharon Edge says emergency medical technicians never made it to their house, despite 10 calls to 911 over the entire weekend.

According to 911 transcripts, in Mitchell's first call, he said, "I need a paramedic man. I need 'em...bad. My stomach is messed up. It's killing me."

After the second call, an ambulance went, but stopped a half a mile from his home, unable to get through the snow.

"Tell him we're here," an EMS driver told dispatch. "If he can walk across the bridge, we'll be glad to treat him."

After a third call -- when Mitchell complained of shortness of breath -- an ambulance returned, and made it within four blocks.

The EMT said, "If he wants to ride to the hospital, he's gonna have to come to the truck."

Mike Huss, Pittsburgh director of Public Safety, said, "It's unacceptable. You get out of the damn truck and you walk to the residence. That's what needed to happen here."

"I was calling because he was in a lot of pain," she said. "And I just think that they just didn't pay us attention because they couldn't get through."

Bey said the city has not given any kind of explanation for why -- after 10 calls -- no one came to the house.

"The thing that disturbs me the most is the response from the paramedic. When he made the comment, 'If he wants a ride, then he'll have to walk to us,' I've never -- what are they running -- a transportation system? I thought it was medical. I thought it was to save lives," she said. "First responders. Dedicated people would go beyond the call of duty to make sure that they get to where they need to be to take care of someone, to serve someone."

As Mitchell got worse, Edge said a neighbor offered to take him to the hospital, but couldn't get his car out of the snow.

"Curtis didn't have to go like he did," Edge said. "The paramedics should have came down. It wasn't far from up there, only up the street from my house. And they could have walked down there and seen about him."