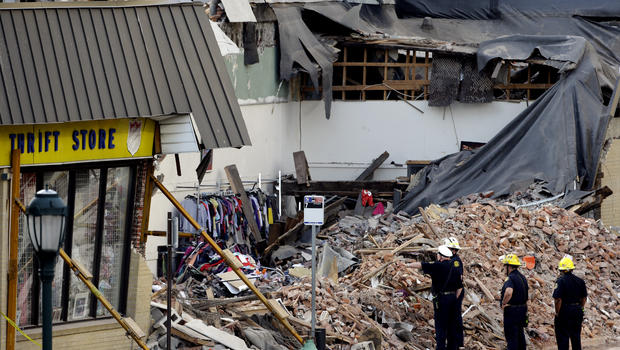 Williams said Monday that Griffin Campbell is charged with six counts of third-degree murder and involuntary manslaughter, and 13 counts of reckless endangerment, along with risking a catastrophe, for the collapse of an unsupported wall onto the neighboring thrift store, trapping and killing shoppers inside.

The charges are the first in the case since excavator operator Sean Benschop was charged this summer on six counts of involuntary manslaughter for allegedly operating heavy equipment while high on marijuana and painkillers.