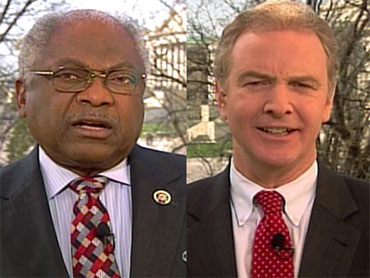 Two men were charged with promoting dog fighting by publishing a 10,000-circulation underground magazine that decreed "champions" in the illegal competitions.

In Pennsylvania, cruelty includes promotion of animal fighting. The charges are felonies that carry penalties of up to $15,000 and seven years in prison.

The investigation into Sporting Dog Journal grew out of a Pennsylvania State Police probe that resulted in the 2002 arrests of six people on charges of holding dog fights throughout southwestern Pennsylvania.

The magazine, with subscribers around the world, was allegedly run by Kelly until he sold it to Fricchione in 2001, authorities said.

The magazine bestowed champion status on dogs that was recognized by the dog fighting public and enabled participants to raise the stakes for wagers and puppy and stud fees, Pappert said.

Investigators found some people bet as much as $10,000 on a single fight, and the purse for a night of fighting could be as much as $50,000, Pappert said.

Kevin Harley, a spokesman for Pappert, said Fricchione and Kelly were not in custody as of Monday afternoon.

The magazine, begun in 1972, cost at least $40 for a six-issue annual mail-order subscription. Fricchione used a post office box near his home, authorities said.

Telephone numbers for Fricchione and Kelly were not listed.

The Humane Society of the United States estimates 40,000 people are involved in dog fighting around the country. The organization and the U.S. Department of Agriculture are lobbying for stricter federal laws.

The federal animal cruelty law is a misdemeanor that calls for less than a year in prison and small fines.

Dog fights are illegal in all 50 U.S. states.