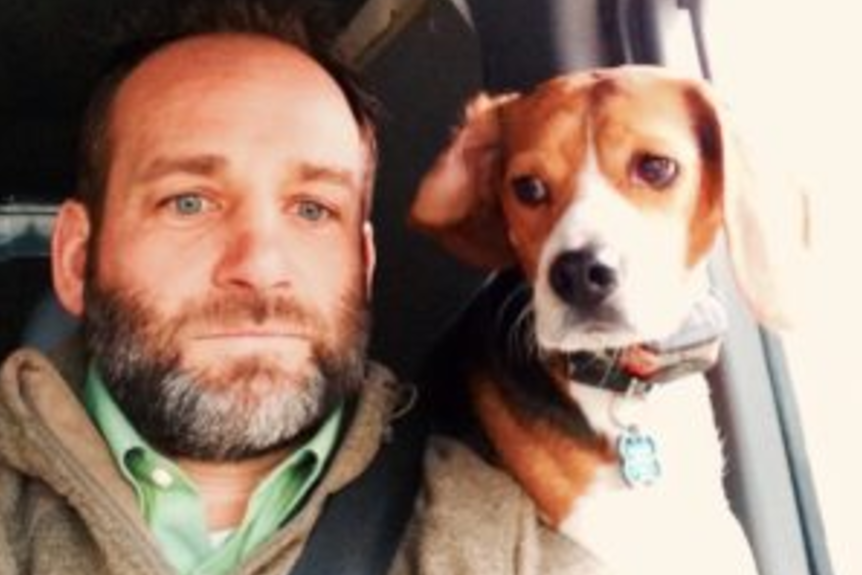 For months, dog owner Mark Kovicak has been scratching his head.

His beloved 2-year-old beagle named Rex has been experiencing nosebleeds and chronic sneezing for nearly 6 months, and Kovicak had no idea what was wrong.

One day, Rex playfully ran into the woods after a rabbit – the next, he was sneezing up a storm, and a trail of blood soon followed.

After several Google searches, trips to the vet and various prescribed antibiotics, Kovicak finally got the answer he was looking for.

The veterinarian immediately conducted a rhinoscopy, using a small tube with a light and lens to view the object from inside the nostril and from the back of Rex’s throat. Sharpe then used a tool to pull a nearly 5-inch-long stick out of the dog’s nose.

It was an unusual case for the emergency pet hospital.

Luckily, Sharpe managed to get the object out before any serious damage was done.

“The body attempts to wall off and remove any foreign object within the nose. If the stick was significantly smaller, then his immune system would have walled it off and slowly broken down the material,” Sharpe explained. “Given the size of the stick, his body would have attempted to wall off the inflammation but the wood material would have remained.”

If the stick hadn’t been discovered and removed, Rex would have continue to have discharge, irritation and inflammation long-term. Eventually, the dog would have developed a systemic infection that would become “life-threatening,” Sharpe said.

Within days after the procedure, Rex was back to his normal, playful self.

“I felt like hugging him,” Kovicak said after the surgery, according to the vets’ news release. “Honestly, I had tears of joy.”

It was clear Rex’s owner felt a great sense of relief.

“He was just so relieved, as I can only imagine – your dog experiencing discomfort for months and to not know what was causing it,” O’Brion said. “He had his dog back; the dog that he knew and loved.”

Now Rex can get back to chasing rabbits, though it may be best if he stays away from sticks for a while.