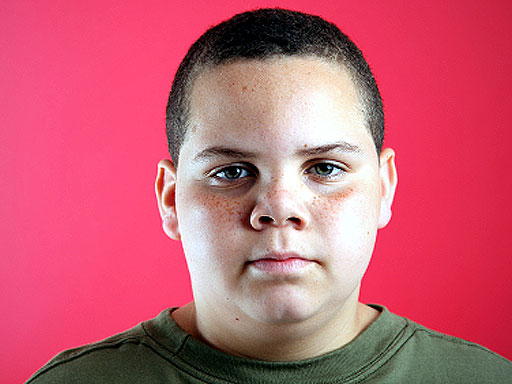 Children who are overweight compared to their peers are nearly three times more likely to have high blood pressure, a new study shows.

The study, published in the journal Hypertension, followed 1,111 school-aged children in Indiana for an average of four years.

The study also found that extra pounds are especially dangerous for kids who are already big.

Are vacuum cleaners bad for your health?

"For an overweight and obese child, if you increase your BMI [body mass index] percentile a little bit, that would increase your blood pressure strongly,"says researcher Wanzhu Tu, PhD. Tu is a research scientist at Regenstrief Institute and professor of biostatistics at Indiana University School of Medicine, both in Indianapolis.

"In the same way," Tu says, for just a little bit of weight loss "you could benefit greatly in terms of blood pressure."

The risks of overweight were the same, regardless of the child's sex or race. About 42% of the kids in the study were black.

"We've tended to look at the overweight category as a lower-risk category," says Stephen R. Daniels, MD, PhD, chairman of the department of pediatrics at the University of Colorado School of Medicine in Denver. He was not involved in the research.

"This suggests to me that we really need to worry about kids who are in that overweight category," says Daniels, who is also pediatrician-in-chief at Colorado Children's Hospital.

Other experts say the findings are concerning because having high blood pressure has been shown to set kids up for health complications.

Not only are children with high blood pressure much more likely to turn into adults who have high blood pressure, but newer studies have shown that kids can get the same kinds of organ damage -- to the heart, blood vessels, and kidneys -- that doctors once thought was only a problem for adults with the condition.

One study even found that kids with high blood pressure have subtle changes in the brain area that controls attention, problem solving, and working memory.

"For physicians, we have to take much more seriously this concept of the childhood origins of adult diseases and look beyond the weight and beyond the blood pressure level because we're finding more evidence, subtle evidence, of injury," says Bonita Falkner, MD, professor of medicine and pediatrics at Thomas Jefferson University in Philadelphia.

"It jacks up the concern about preventing childhood obesity and also not waiting until they are obese," she tells WebMD. "Even overweight can be problematic for children."