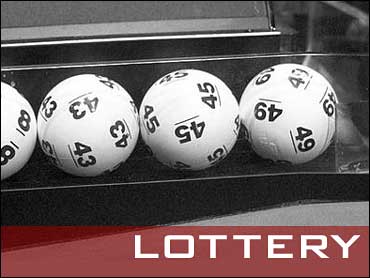 British Home Secretary David Blunkett said Thursday he plans to bar convicted felons from benefiting from financial windfalls while behind bars after a jailed rapist won $12.6 million on the national lottery.

Blunkett said that proposed legislation before parliament would force offenders who won the lottery or other wealthy criminals to contribute to a compensation fund for victims of crime.

His comments follow public outrage in Britain over the lottery win of convicted rapist Iorworth Hoare, who was on day release from his low-security prison when he bought the winning ticket on Saturday.

"There's no justice in a convicted rapist winning the lottery while his victims still suffer from what he did to them," Blunkett wrote in The Sun newspaper.

"We can't stop a prisoner or their family from buying a ticket, but we can look closely at making sure they don't benefit from a single penny while in prison," he added.

Hoare was jailed between 1973 and 1987 for a series of sex attacks on women. He was returned to prison in 1989 for attempting to rape a 60-year-old woman in a park.

Prison officials said Hoare has been moved to a closed prison following his lottery win for his safety.

Neil Sugarman, a lawyer specializing in personal injury and compensation claims, said some of Hoare's victims may be able to claim a share of his newfound wealth.

"The biggest difficulty any claimant will face is the limitation periods, and generally speaking ... you are looking at three years," Sugarman said. "But someone assaulted before that period may be able to say they didn't take any action at the time because the offender had no money."