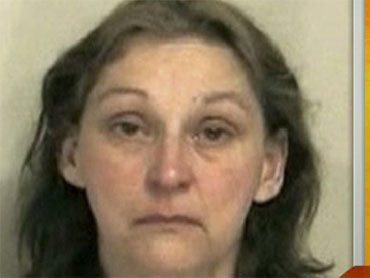 A former western New York school bus driver has been sentenced to a dozen weekends in jail for being drunk behind the wheel during a chaotic ride captured on the vehicle's surveillance video -- a term the mother of one of the students on board calls far from harsh enough.

She had pleaded guilty Nov. 2 to driving while intoxicated and 37 counts of reckless endangerment, one for each of the Alfred-Almond school district students she transported on May 8.

Grace Scherzer, 16, Chelsey Pierce, 15, were among the students trapped on the ride. They were instrumental in getting Thompson to stop.

Scherzer told "Early Show" co-anchor Harry Smith Friday she was "absolutely terrified," but tried to remain calm for the sake of the younger kids on the bud, many of whom were crying, as the bus swerved from "every side of the road."

Pierce's mother, Lori Loomis, told Smith she "absolutely" doesn't think Thompson's punishment fits the crime. "I am outraged. I am very upset with what she received. And I just don't think it's a harsh enough punishment for this woman. She put all these children's lives in danger. She could have killed them all. I'm very upset with the
outcome."

The video from the bus shows several teenage girls pleading with Thompson to pull over after she missed a turn and drove the bus in reverse, apparently almost into a ditch. The girls then led some of the younger students out the back of the bus as Thompson yelled them to stay on board.

Her blood alcohol level at the time was .15, authorities say.

Thompson's attorney, Thomas Trvbovich, told reporters she's "embarrassed. She's very sorry to the children. She never, ever would intentionally put any of those children ... in any type of risk."