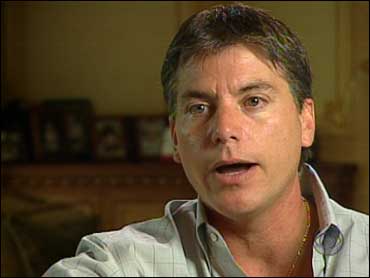 This is part of a CBS Evening News series called "Hitting Home," which looks at how the slumping economy affects individual Americans and their families.


James Matarazzo has his hands full. He's the sole breadwinner in a house full of six children, his wife and, soon, his elderly mother.

So when mortgage firm Countrywide laid him off from his job as vice president of sales last month, he put himself to work at home, CBS News correspondent Kelly Cobiella reports.

How many resumes has he sent out?

"In the last six weeks, I'd have to estimate it's got to be over 100," Matarazzo said. "I had one soft offer that I kind of made a counter offer to and never heard back from them again."

With Florida's housing market one of the hardest hit in the country, job-placement experts say one of the fastest way to find new work is to find a new field.

"Think: 'How can I use the skills, knowledge and experience I have gained thus far in a new industry,' and re-market yourself," said Greg Carpenter of Manpower, Inc.

You should also be open to a part-time job. If nothing else it's a way to make contacts. Network in person and online.

Matarazzo is looking for work in sales, not just mortgages: Making 50 calls a day, organizing job openings and follow-up calls on spread sheets, and posting his re-worked resume on Internet job boards.

"The accomplishments are at the top," he explains.

He's also hired a company to blitz employers with 3,000 resumes and letters over the next month.

"Everybody has a resume, everybody's on the major job boards, but I have to go beyond that and really, it's a 40-hour-a-week job," Matarazzo said.

Hard work at home that Matarazzo hopes will land him back in an office by spring.