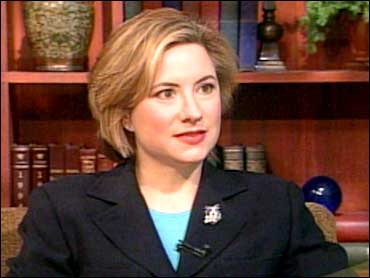 The Early Show medical correspondent Dr. Emily Senay has co-written a new book titled "From Boys to Men: A Woman's Guide to the Health of Husbands, Partners and Sons." Part of her book examines the reasons boys have more accidents and suffer more injuries than girls. She talked about it Monday with co-anchor Harry Smith.

Society has a whole notion that boys are rough and tumble. Does research bear that out?

"It really does. It really does," says Senay. "This is one area where I was really very surprised to find that boys are at such greater risk for injury and even death because of accidents and injuries. And, you know, when you look at boys compared to girls, you find that boys are almost twice as likely to die from an accident or unintentional injury than are girls. And even if…a fatality is not involved, the total number of injuries are
very high."

In the year 2000, she says, 4 million boys visited the emergency room because of an unintentional injury. That's almost twice what it was for girls.

Does she think it's genetics, or is it the message that we send to boys and girls?

"I think it's a combination of those two things," says Senay. "It is a combination of the way we socialize boys. And one of the things I found in the research was the messages that parents give boys and girls about safety can be very different. We tend to think that boys are, somehow, maybe more rough, more tumble, more capable of handling risks, so we're not as likely to caution them when they do things."

The Truth About The Night Diana Died

But there are also clear biological differences, she adds.

"Researchers have…found that when they have a boy do something, like reach for a book that's just a little too high for him, the boys tend to make that risk, whereas the girls are a little more cautious and say, 'I don't think I can quite make it.'"

Here are a few categories of risk about which parents can be more vigilant:

As a parent, how do you make sure your boys are safe?

"You don't want to go crazy…I think if you listen to the message you give to your boys and girls, it will be helpful," Senay advises. "Just because they're boys, it doesn't mean they're more physically capable than the girls are. I think keeping that in mind is really important."

As always, it is important for parents to teach by example: wear a seat belt, wear a helmet when riding a bike. For boys, it is especially for their fathers to set the example "because," Senay points out, "the boys are imprinting off their dad."

"From Boys to Men" is published by Simon & Schuster, which is owned by the same company as CBSNews.com.