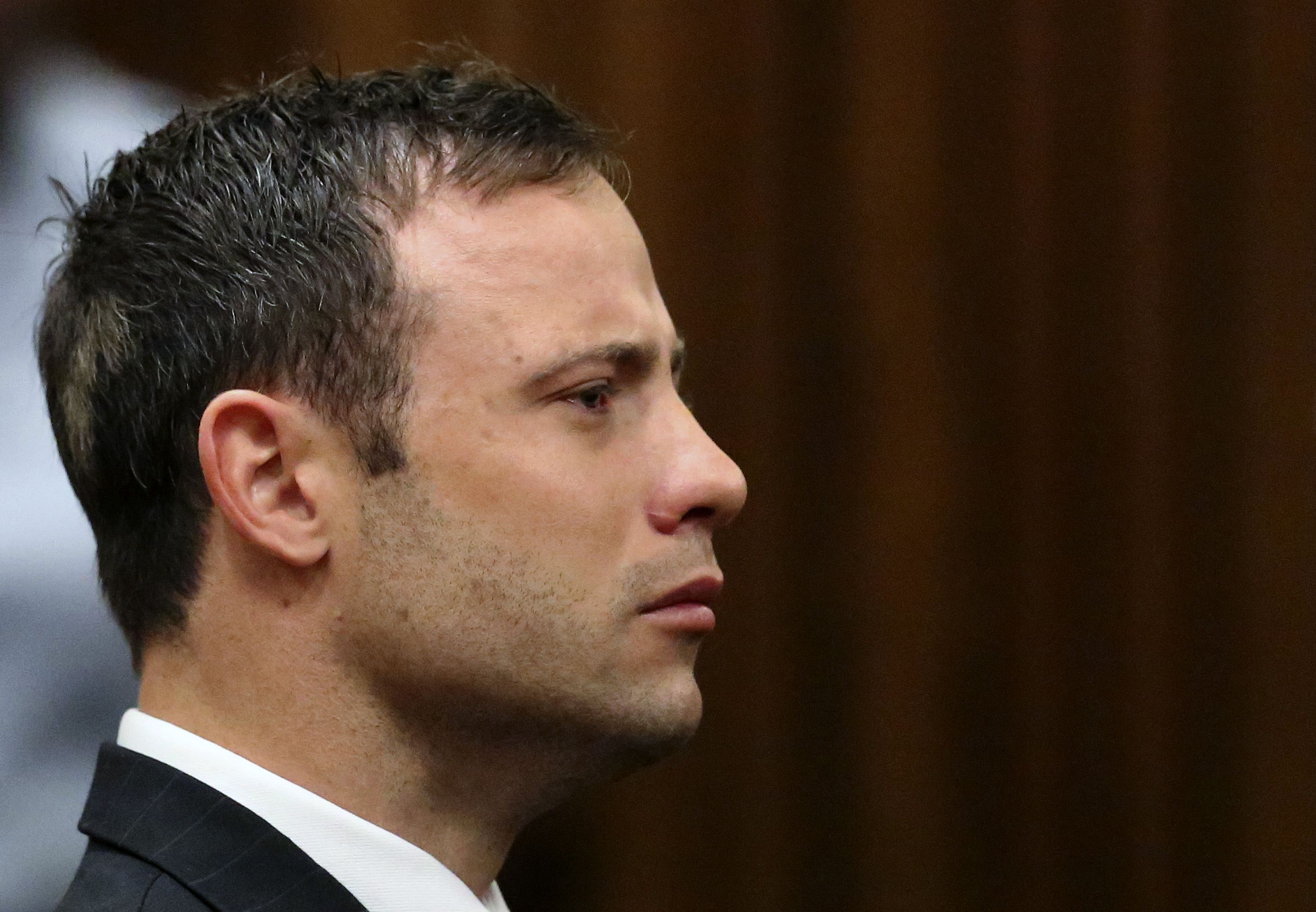 STELLENBOSCH, South Africa - Oscar Pistorius is free to compete for South Africa again, as long as his running doesn't go against the ruling of the judge.

Pistorius, who is to be sentenced next month after being found guilty in the negligent killing of his girlfriend, could compete at any time because the South African Olympic committee has no regulations preventing someone with a criminal record from representing the country.

Pistorius faces years in jail after being convicted of culpable homicide in the killing of girlfriend Reeva Steenkamp. However, there is no minimum sentence for the conviction in South African law and the double-amputee Olympian could receive a suspended sentence and no jail time.

As "48 Hours" reported, the judge believes Pistorius did not intentionally kill Steenkamp, but acted negligently in firing the four shots through his bathroom door that left her dead.

As long as competing doesn't go against the ruling of the judge when she decides Pistorius' sentence next month, he can run for South Africa, Reddy said. Pistorius would only have to meet normal sports qualifying criteria.

Reddy dismissed reports of a meeting of SASCOC officials this week to decide Pistorius' eligibility, saying there was nothing to decide.

Last year, Pistorius was cleared to run overseas after appealing his bail terms, but chose not to while he concentrated on his murder trial.

Pistorius' agent, Peet van Zyl, said competing now was not an option but they would "sit down and take stock" after his sentencing hearing, which starts Oct. 13.

Pisotrius' agent said the post-sentencing decision will be Oscar's alone.

"It's all up to Oscar. He must decide what he wants to do," Van Zyl said, adding he would only talk with Pistorius about running again after sentencing. "I don't know what his mindset is now. I will sit down with him. Is he keen or is he not keen?"

Day after day, as he attended court in Pretoria, "48 Hours" producers and correspondents reported it was evident for many that Pistorius, 27, remained a national treasure -- a hero and inspiration.

It is also clear that the trail was emotionally destructive for the runner, who repeatedly broke down in court.

Pistorius wouldn't be allowed to run while serving a prison or house-arrest sentence, but a fine and a suspended prison term is also an option for the judge.

"The range of sentencing is huge, it's essentially from zero to 15 years," Dr. Alexander Sasha Bardey told "48 Hours."

Many legal experts think it's likely he'll serve some time, although they disagree on the length.

"In previous cases she has been known to be a heavy sentence," Patta says of Masipa, noting that under South Africa's system of justice, sentencing is determined entirely at the discretion of the judge.

"She could decide to give him a suspended sentence, which means he wouldn't spend any time in jail at all, or she could go as high as 15, 20 years," Patta explains.

Pistorius and his longtime coach, Ampie Louw, said before Steenkamp's killing that they wanted to retire together at the 2016 Olympics in Rio de Janeiro. Pistorius was the first amputee to compete on the track at the Olympics when he ran in the 400 meters and 4x400 relay at the London Games in 2012.

Van Zyl told the AP on Monday that Pistorius hadn't done any running on the track "for ages" but was regularly working out in a gym.

Pistorius' last competitive race was the 400-meter final at the London Paralympics two years ago, when he retained his title.