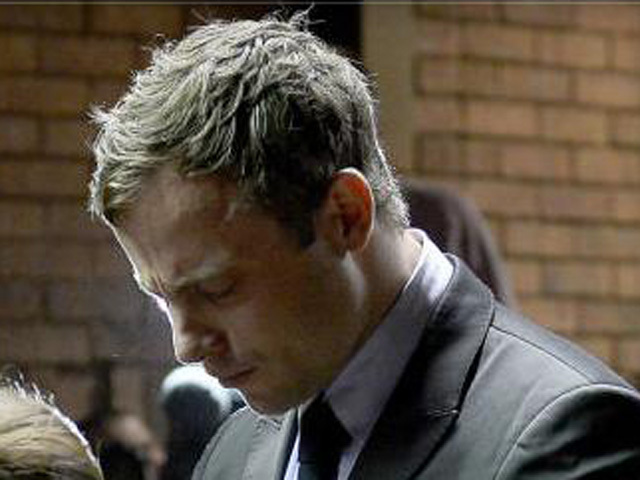 (CBS) PRETORIA, South Africa - Oscar Pistorius was indicted Monday on murder charges and illegal possession of ammunition for the shooting death of his girlfriend on Valentine's Day.

A Pretoria court set March 3 as the trial date for the Olympian athlete, who has said he shot Reeva Steenkamp by mistake, believing she was an intruder in his home. Prosecutors, who allege he killed her after an argument, submitted a list of more than 100 witnesses for a trial that will be followed around the world.

Pistorius, 26, appeared in court for the indictment, and was seen crying and holding hands with his siblings before proceedings started.

Steenkamp would have celebrated her 30th birthday on Monday.

The indictment papers served on Pistorius by the state mean the case will be sent to the High Court in Pretoria, the South African capital, where a judge will preside over the trial and ultimately pronounce the athlete innocent or guilty. South Africa does not have trial by jury.

The mandatory sentence for someone convicted of premeditated murder is life with a minimum of 25 years in prison, meaning if Pistorius is found guilty, he will be older than 50, at least, when he leaves prison. There is no death penalty in South Africa.

Police announced this month that they had completed their six-month investigation into Steenkamp's killing at Pistorius' upscale home in Pretoria in the pre-dawn hours of Feb. 14.

A statement, from the office of South Africa's national police commissioner, said detectives, forensic experts, ballistics experts, psychologists and technology experts all worked on the case and are confident that they have the evidence to convict Pistorius.

The most telling evidence may be in records on cellphones found at Pistorius' home and through examination of the toilet cubicle door through which Pistorius shot four bullets, hitting Steenkamp three times and killing her. The angle or trajectory of the bullets could show if Pistorius was standing on his stumps when he shot, as he says, or if he was on his prosthetics, as the prosecution maintains -- a marked difference in the two accounts.

Pistorius was seen just twice in public between the time he was granted bail on Feb. 22 and a previous appearance in court on June 4. His family had announced he would return to a "low-key" track routine and he was seen jogging on his regular practice facility, and sporting a short beard, in late June.

A week ago, a South African newspaper published photographs of Pistorius on a beach during a holiday with friends. In the rare public appearance, Pistorius was wearing a white T-shirt and a life-vest as he paddled with another man in a kayak. In another photo, he is standing on the beach in shorts, his pale prosthetic legs exposed to the sunshine.