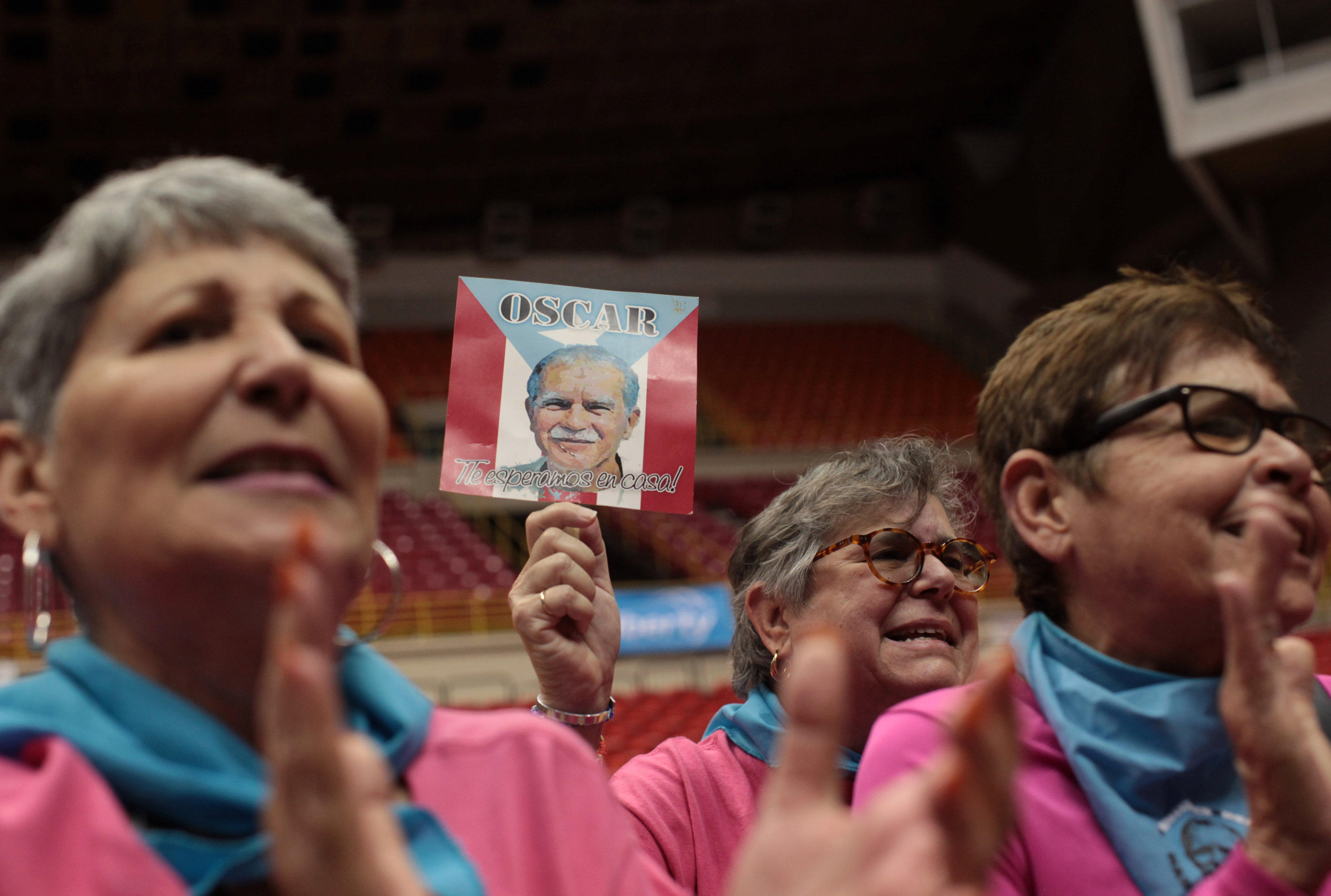 A mayoral official said Lopez disembarked from an American Airlines jet that landed in the capital of San Juan just after 4:30 p.m. local time. He was scheduled to be released from prison in Terre Haute, Indiana on May 17. Federal officials did not immediately respond to questions about the reason for his unexpectedly early release, and his attorney, Jan Susler, did not return calls for comment.

The mayoral official was not authorized to speak with the press and described Lopez’s arrival on condition of anonymity. It is unclear where he will be serving the remainder of his sentence. His family has scheduled a press conference for Thursday night to provide details.

His arrival was kept secret until just hours before his plane touched down, which angered supporters.

“They wanted to deprive him of a hero’s welcome,” said Mady Pacheco, 64, who brought her 4-year-old niece to the airport. “I wanted her to witness this historic moment ... I want her to learn how to appreciate a man who sacrificed his freedom for our people.”

Lopez had been sentenced to 55 years in prison for his role in a violent struggle for independence for the U.S. territory, but Obama commuted that sentence last month. Lopez had been convicted on one count of seditious conspiracy, and he was later convicted of conspiring to escape from prison in Leavenworth, Kansas.

Lopez was a member of the ultranationalist Armed Forces of National Liberation, which claimed responsibility for more than 100 bombings at public and commercial buildings during the 1970s and ‘80s in New York, Chicago, Washington and other U.S. cities. The group’s most notorious bombing killed four people and injured more than 60 at New York’s landmark Fraunces Tavern in 1975. Lopez was not convicted of any role in that attack, but some still hold him responsible because of his ties to the ultranationalist group.

Juan Segarra, who was a member of the ultranationalist movement and was pardoned by former U.S. President Bill Clinton 13 years ago, clutched a Puerto Rico flag as he waited for Lopez’s arrival.

“Finally! I can’t describe my emotions,” he said as he held back tears. “I spent 17 years in prison. I know what this family reunion is like.”

Lopez’s friends have said he wanted to spend time with his daughter and granddaughter and establish a think tank that will work on such problems as climate change, the economy and the island’s political status.