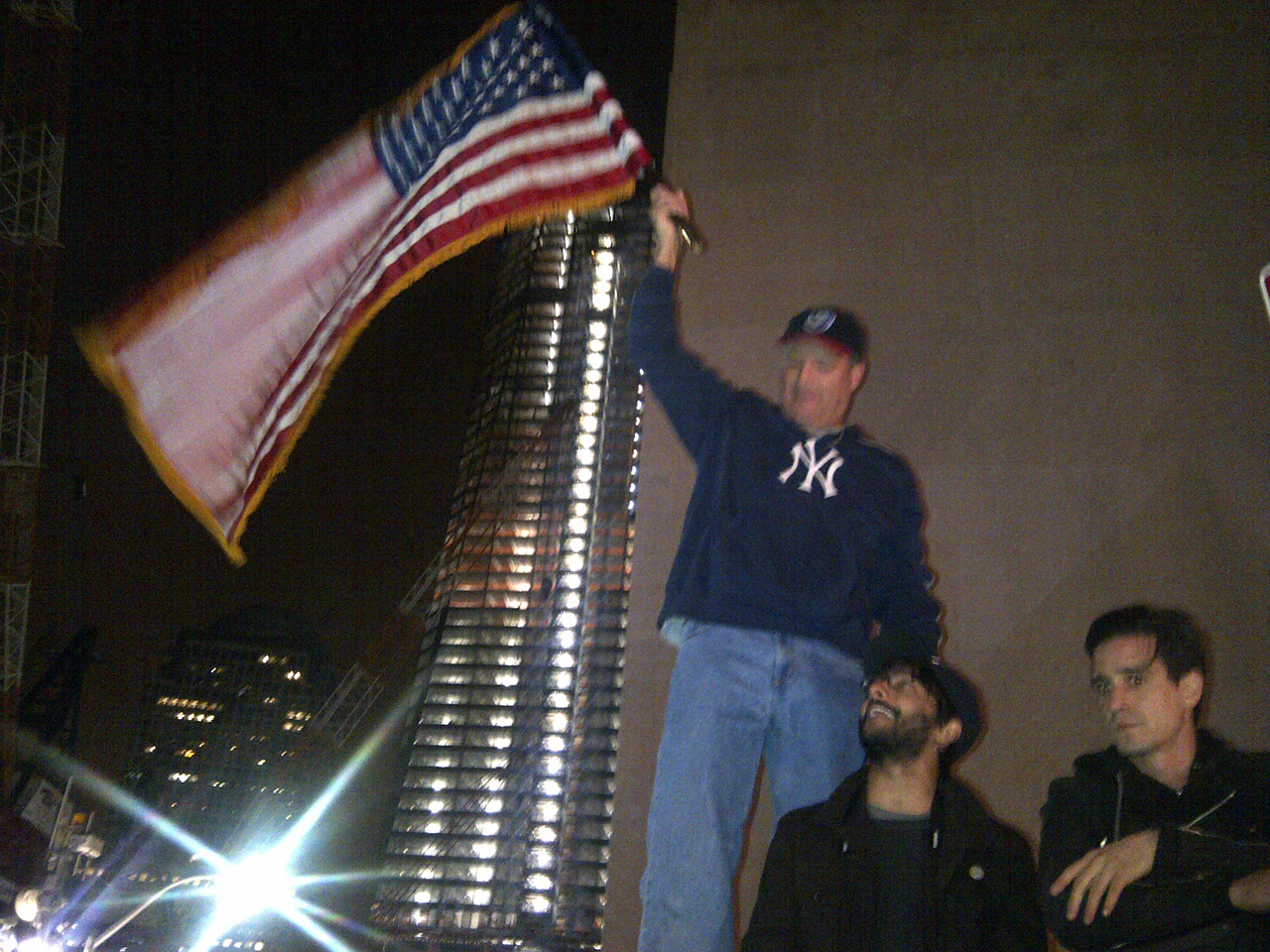 NEW YORK - A crowd of perhaps 1,000 has gathered in lower Manhattan at the site of the 2001 terrorist attacks on the World Trade Center.

With chants of "USA, USA," revelers celebrating the death of Osama Bin Laden, the man behind the attacks, have spilled into the street, bringing traffic to a standstill.

"It's like the World Series down here," CBS News chief national correspondent Byron Pitts reported from the celebration.

For Ashley Smith, the news of Bin Laden's death brings a bit of closure. She worked two blocks from Ground Zero on the day of the attacks and was forced to run from her office for safety when the buildings collapsed. She joined the impromptu rally in lower Manhattan.

She was skeptical of the U.S.'s response initially but now says it was all worth it. "I felt like we had all of our money fighting this endless war over there, now it totally validates it," said Smith.

Diane Massaroli lost her husband, Michael, nearly 10 years ago on 9/11. She only comes to Ground Zero once a year on the anniversary of the attacks but felt compelled to come tonight.

"We can never celebrate ever since this happened. [Tonight] is sad also but it's a celebration," Massaroli said.

President Barack Obama said in an address from the White House late Sunday night that a small team of Americans carried out the operation to kill bin Laden in Pakistan, and that cooperation from Pakistani authorities was crucial.

"Shortly after taking office, I directed Leon Panetta, the director of the CIA, to make the killing or capture of bin Laden the top priority of our war against al Qaeda," Mr. Obama said. "Tonight, we can say to those who have lost loved ones to al Qaeda's terror, justice has been done."