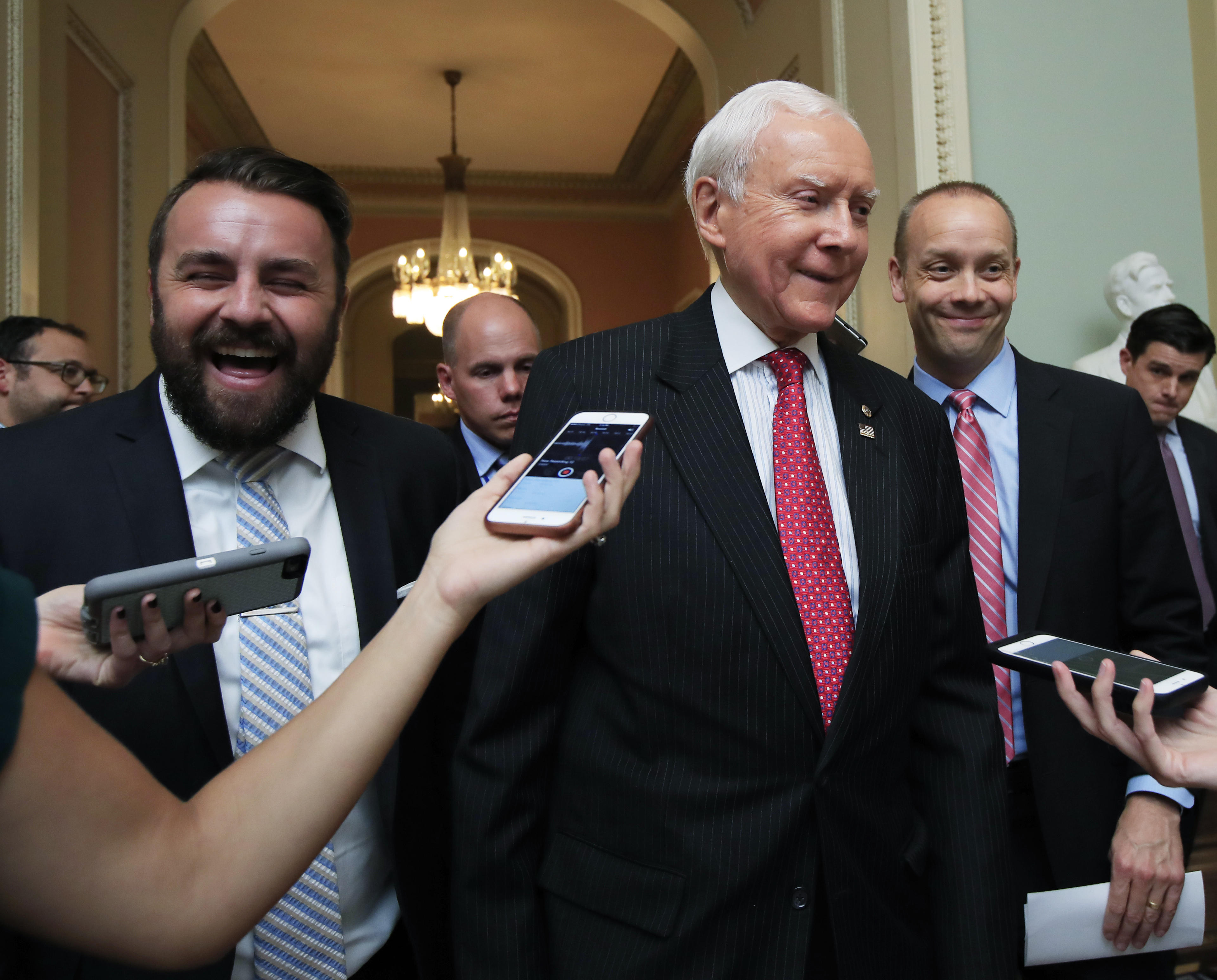 Sen. Orrin Hatch said Senate Republicans are not going to return to health care in the fall and will instead focus on tax reform.

The Utah Republican used a colorful metaphor to describe his party's failure to pass a repeal of Obamacare.

Hatch then defended his comment on Twitter with a visit to a thesaurus entry that defines wad as "a plug of tow, cloth, etc., a disk of felt or cardboard, to retain the powder and shot in position in charging a gun or cartridge." That plug, Urban Dictionary explained, would "create a seal between the gunpowder and the bullet, increasing the internal pressure when the gunpowder fired," which increased the speed of the bullet. When a soldier ran out of bullets, he shot his "wad."

The entry Hatch cited goes on to define "to shoot one's wad" as "to do all that one can do."

However, another meaning of the phrase is to spend all of one's money - as in, a "wad" of cash. And yet another is a vulgar colloquialism.

Republicans in the Senate failed to pass a plan last month to repeal and replace Obamacare and want to move onto tax reform when they return to Capitol Hill after Labor Day. The House and Senate are on their month-long August recess.