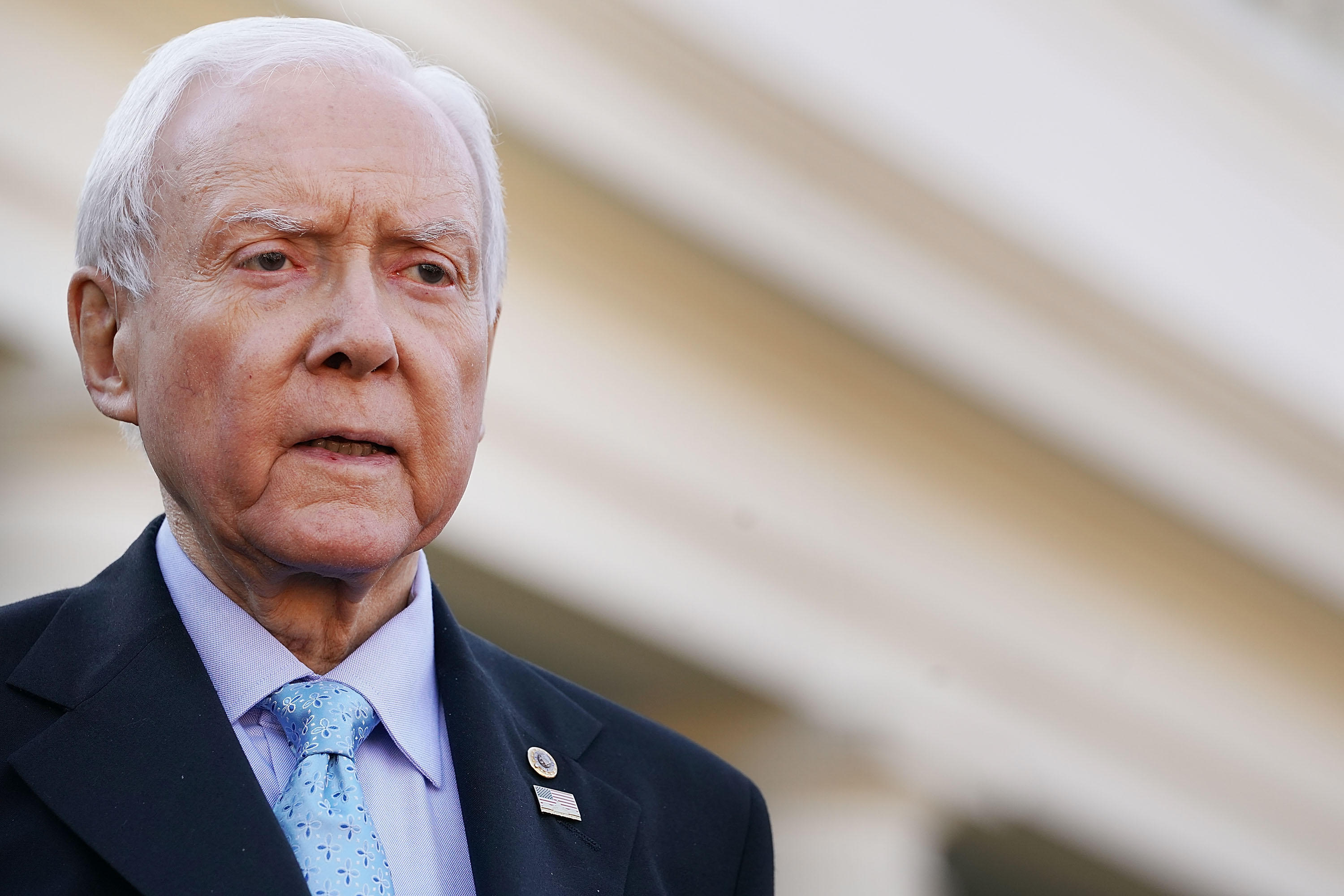 Sen. Orrin Hatch may be retiring, but he wants the nation — and Google, in particular — to know he's still kicking. The 84-year-old Utah Republican and his team poked a little bit of fun at the search engine after it erroneously declared he died more than 10 months ago.

But Hatch isn't dead, so his office decided to prove it with a series of photos and video showing the lawmaker engaged in a series of different activities.

"Here is Senator Hatch reading a newspaper earlier," the first tweet read. And the tweets went on late into the night, offering example after example of Hatch in action.

Then, a video — complete with a Bitmoji version of the lawmaker —showed Hatch signing some bills last week.

Next, Hatch's office linked to interviews the senator had done in the past few weeks —"proof of life," the tweet read.

A very-much-alive Hatch met with German Chancellor Angela Merkel on July 6. "You're terrific," the senator can be heard saying in a video.

Another video shows Hatch hosting Smokey Robinson in his office on May 15.

Other tweets showed Hatch visiting a World War II memorial and a Chuck-A-Rama restaurant in Utah, greeting Joshua and Thamy Holt after they were released from a Venezuela prison, and preparing to meet Supreme Court nominee Brett Kavanaugh.

The final proof? Pictures of Hatch's 84th birthday celebration in March, nearly six months after his apparent Google death certificate. The theme of the party: Bacon.

Hatch's Google bio has since been fixed, and constituents searching for their senator will find one who's very much alive and making jokes.

"In the brief period the internet pronounced Hatch dead, he advanced 3 bills," a humble-brag from Hatch's Twitter account read. "Even in death, Hatch remains one of the Senate's most prolific legislators."

Hatch's spokesman, Matt Whitlock, confirmed to  CBS News in an email that the 84-year-old is alive and well, saying that "unconfirmed reports suggest that by 7:30 a.m. [Hatch] had already completed an hour of CrossFit and an hour of miscellaneous sport."

"After both the Senator and staff confirmed he was in fact alive and not a part of some kind of Sixth Sense phenomenon, he had a good laugh and may have run several miles to celebrate," Whitlock said.

Hatch announced at the beginning of January that he's going to retire from Congress at the end of the year after having served in the upper chamber since 1977.

Google responded to the lawmaker's tweets Tuesday morning, apologizing for the error: "You are certainly alive and sporting a great sense of humor."