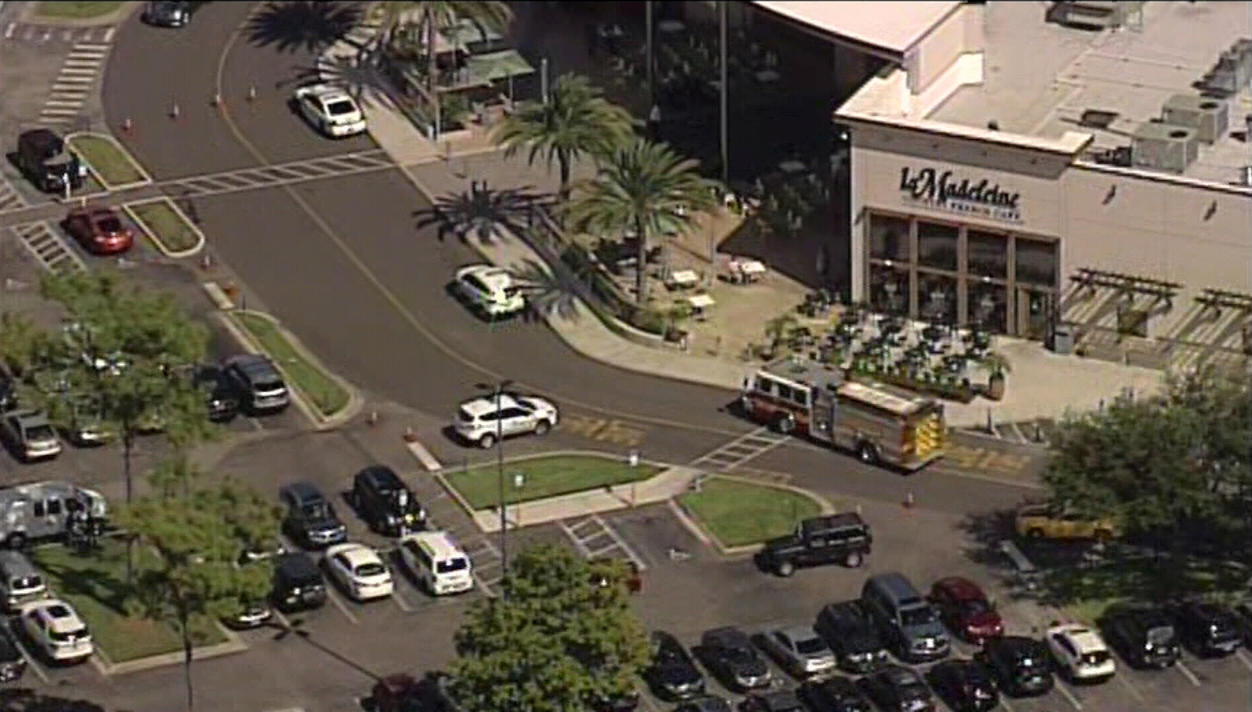 Orange County Sheriff’s Office spokeswoman Deputy Rose Silva tells news outlets there was no gunman at the Florida Mall. The loud sounds were actually from six large balloons being popped as part of an industry-standard inspection for the grand opening of former ‘NSync singer Joey Fatone’s new restaurant.

Deputies say an announcement was made on the PA system informing shoppers and employees that the test was about to be conducted, but the loud noises still caused people to run.

Mark Comer told CBS Orlando affiliate WKMG-TV he was inside the mall with his sister, Ebony Foreemon, when a wave of people started scrambling toward them.

“She told us ‘shooting, shooting, shooting,’ and we see a massive crowd running. You put two and two together, you don’t stick around to find out what’s going on. You just run,” Comer told the station. “I saw their faces, and they looked as if they just had saw something terrible, so I keep watching and just more people, just a flood.”

Foreemon was in a restroom when she got pushed in even further by the rush of families trying to take cover.

“There’s children falling,” Foreemon told WKMG-TV. “People are dragging children. People are getting stepped on. There are elderly people falling. It was absolute mayhem.”

Orange County Fire and Rescue officials say nine people were treated at the scene, including four who were hospitalized for minor injuries.