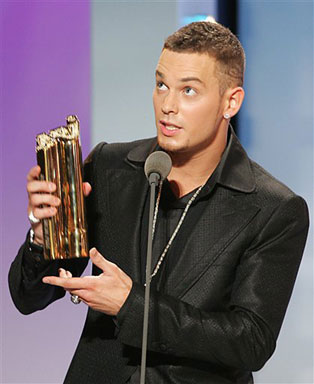 This time, the Baltimore Orioles and New York Yankees remained calm in the midst of a potentially volatile situation.

The Orioles ended David Wells' eight-game winning streak with a 7-4 victory Monday night, yet that was only a tiny part of the storyline in a game that included a scene eerily similar to the one that started a brawl between the teams in New York on May 19.

Yankees reliever Mike Stanton hit Eric Davis with a pitch immediately after allowing a seventh-inning solo homer to Rafael Palmeiro that made it 6-4. Last month, Orioles reliever Armando Benitez hit Tino Martinez with a fastball after yielding a home run to Bernie Williams.

On that occasion, the pitch struck Martinez right in the back, between the 2 and the 4 on his jersey. Stanton hit Davis, who also wears No. 24, between the numbers.

No one except Yankees manager Joe Torre left this bench this time after Stanton was ejected by home plate umpire John Hirschbeck. Torre contended that Stanton was not intentionally throwing at Davis.

"It was absolutely a mistake," Stanton said. "I apologized to him and hopefully that'll be it. That was one that got away."

Davis, who left the game, said his back was "real sore." But he wasn't mad.

"He says he didn't do it on purpose, so all I can do is take his word for it," Davis said.

Benitez, who still claims his pitch got away from him, received an eight-game suspension last month.

"As I said with Benitez, the guilt or truth lies within the guy who threw the ball," said Baltimore manager Ray Miller, who instructed his team not to retaliate. "We'll have to see if justice is as swift and severe in the state of Maryland as in the state of New York."

It wasn't the only controversial moment of the night; Torre and Hirschbeck clashed in the sixth inning after the decisive run crossed the plate.

Wells (8-2) was unbeaten in 11 starts since April 2 and was 5-0 in his last five appearances, including a perfect game against Minnesota on May 17. The left-hander was locked in a 4-4 duel with Scott Erickson before the Orioles took the lead in the sixth.

B.J. Surhoff led off with a single, moved to second on a groundout and took third when rookie Ricky Ledee misjudged Lenny Webster's pop to left, which fell for a single.

Mike Bordick then hit a short fly to left. Surhoff tagged up and was called safe when Hirschbeck ruled the runner slid under the tag. Wells, catcher Jorge Posada and Torre vehemently disputed the call.

"The ball beat him," Torre said.

"I wouldn't have been surprised if he called me out because the ball did beat me, but the tag was high," Surhoff said. "If he tags me in the legs, he probably calls me out."

Wells allowed five runs ad 10 hits in six innings. Pitching with a sore shoulder, he left after rain stopped the game for 27 minutes in the bottom of the seventh.

"No pain it's just stiff," Wells said. "The next couple of days will tell. "

Palmeiro and Joe Carter both homered and had three hits for the Orioles, who had lost seven of eight to New York dating back to last season. Erickson (7-6) allowed four runs and seven hits in seven innings for his third straight victory.

Jesse Orosco pitched two perfect innings for his fifth save.

Ledee hit his first major league homer, a three-run drive, and Posada had a solo shot for the Yankees. It was New York's second loss in 12 games.

Carter put the Orioles up 1-0 in the first inning with eighth homer, a drive that struck the left-field foul pole. Carter, who came in 3-for-21 lifetime against Wells, had all three of his hits off the left-hander.

Baltimore made it 3-0 in the third when Carter drove in a run with a two-out infield hit and Palmeiro hit an RBI double.

Ledee's opposite-field homer to left tied it in the fourth, but Baltimore regained the lead in the fifth on a two-out double by Carter and an RBI single by Baines.

Posada's eighth home run made it 4-4 in the sixth.

Notes: Wells has yielded eight homers in his last four starts. He has an ERA of 6.81 on the road. ... All of Carter's homers have been solo shots. ... Palmeiro's 22nd multi-hit game tied him with Surhoff for the team lead.