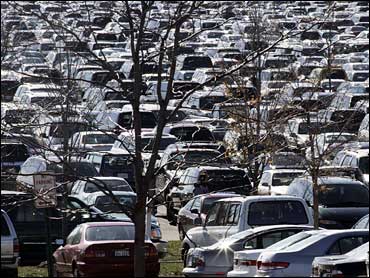 Interleague play allowed the Baltimore Orioles to pound the ball at hitter-friendly Veterans Stadium and gave Orioles manager Ray Miller a chance to relearn an arcane rule the hard way.

Miller was ejected after his pitching coach was ruled to have made two visits to the mound in one trip.

But was able to smile about it afterwards as Baltimore set season highs with 18 hits and 14 runs in a 14-8 victory over the Philadelphia Phillies on Monday night.

Miller said he didn't see pitching coach Mike Flanagan step off the mound after talking to pitcher Armando Benitez in the eighth inning, then go back for additional words. That's a no-no, and calls for an automatic ejection of the manager.

But he figured out what happened when he saw Phillies manager Terry Francona remind home plate umpire Joe West of the rule.

"I knew what happened," Miller said. "It's a major league rule, but it's not called in the other league too often. But in the National League, they enforce the rules."

The other, more important consequence of the rule was that Benitez, who leads the Orioles with eight saves, would only be allowed to face one more batter before he had to leave the game.

The Phillies were only trailing 11-8 at the time, and had runners on first and second with one out. Benitez walked Rico Brogna to load the bases, then was replaced by Jesse Orosco.

Orosco produced the best possible outcome for the Orioles. He got Mark Lewis to bounce into an inning-ending double play, then closed out the ninth for his fourth save.

"Jesse came in and saved my butt and Mike's and everybody else's," Miller said.

As it turned out, the Orioles weren't through with the Phillies. Brady Anderson, who drove in four runs, hit a two-run triple in the ninth and Roberto Alomar added a sacrifice fly to pad the Orioles' lead.

The other hitting star for the Orioles was Rafael Palmeiro, who went 3-for-5 and drove in four runs. Afterwards, he thought back to Sunday, when Atlanta's Greg Maddux shut out Baltimore on four hits.

"Today was a different story," he said. "We put some good swings together and scored a lot of runs."

"Rafy left about eight guys on in one game and I thought he took a lot of unfair abuse for that," Miller said. "Then he comes out and in the last eight games, I don't know how many runs he's driven in. It seems like about 30."

Miller wasn't surprised by Baltimore's attack. "It's a hitter's park, and we bombed the ball."

The win went to Arthur Rhodes (3-2), who gave up a run on three hits and struck out four after relieving starter Doug Johns.

"Arthur Rhodes stopped the bleeding for them," Francona aid. "That was something we couldn't do. We couldn't get them out."

The loss went to Darrin Winston (2-2), who gave up back-to-back doubles to Anderson and Alomar with one out in the sixth, then a two-run homer to Palmeiro.

The Phillies did their best to keep up with the Orioles, producing 14 hits and coming back twice, but it wasn't enough.

"We had a lot of guys swing the bat good," Francona said. "We needed a few more guys to do it in that kind of game."

Notes: Johns and Rhodes collected their first major league hits as Orioles pitchers went 3-for-4. "We got two guys get their first hits who hadn't swung a bat all year," Miller said. ... The game took 3 hours and 38 minutes to play, the longest nine-inning game for the Phillies all season. ... Baltimore's previous season highs in hits (16) and runs came in an 11-7 victory at Kansas City on April 7. ... Brogna has 19 RBIs in his last 12 games. ... Doug Glanville, who went 3-for-5, leads the NL with 29 multihit games. ... Baltimore left-hander Jimmy Key was scheduled to have his sore shoulder examined in Alabama on Monday by surgeon Dr. Robert Andrews. ... Right-hander Scott Kamieniecki stayed in Baltimore to get treatment on his sore neck.