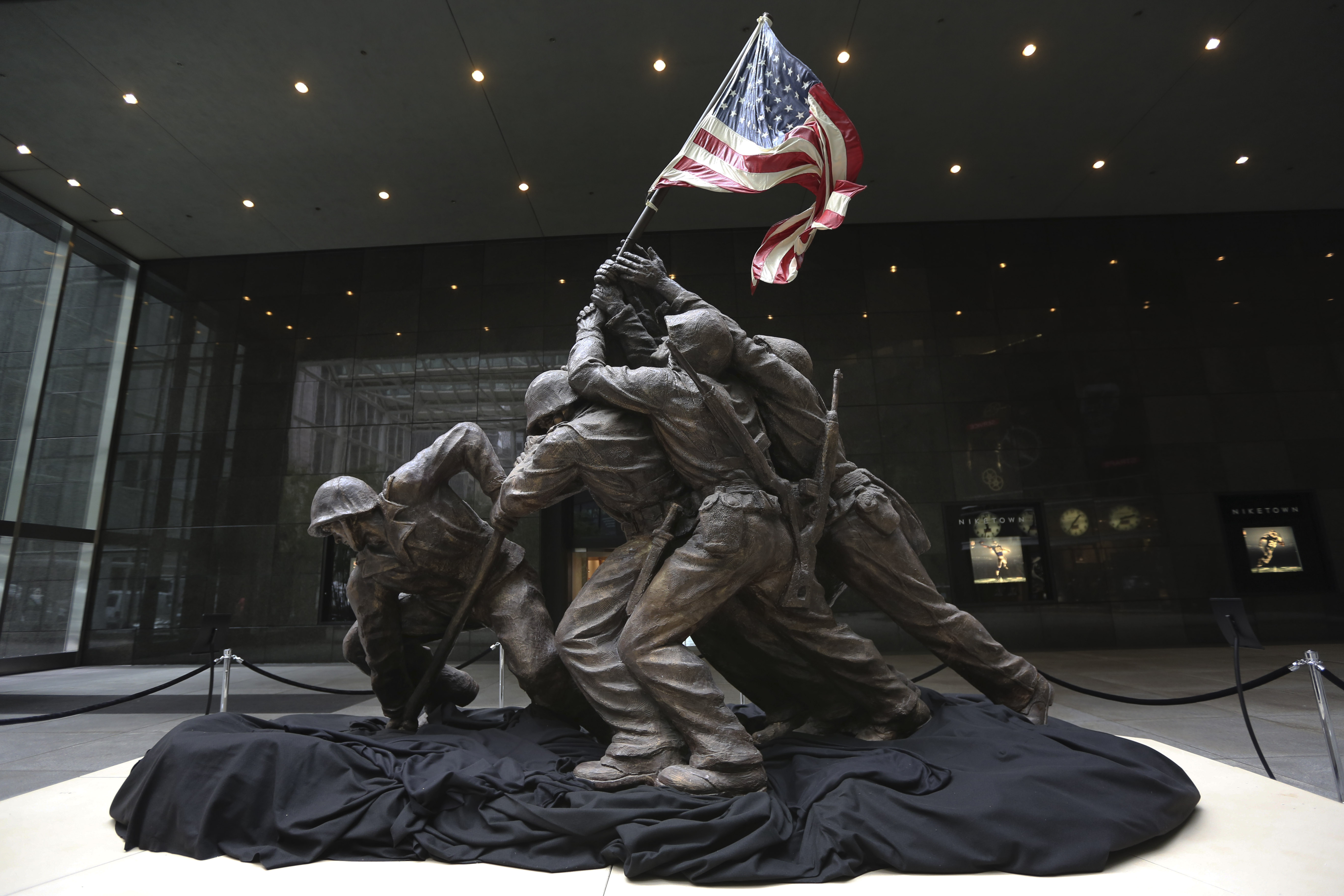 NEW YORK A long-forgotten World War II statue of the famous flag-raising at Iwo Jima that had been expected to sell for as much as $1.8 million was passed on by bidders in an auction on Friday.

Bidding for the 12 1/2-foot-tall sculpture of the 1945 flag-raising reached as high as $950,000, below the undisclosed minimum sales price, Bonhams auction house said.

The sculpture's owner, military historian and collector Rodney Hilton Brown, did not wish to discuss the results of the auction.

Dietrich said prospective buyers could purchase the sculpture through Bonhams, which will negotiate a price on the seller's behalf.

History buffs have fawned over the sculpture, a miniature of the familiar 32-foot-tall bronze Marine Corps War Memorial in Arlington, Va. That sculpture, designed by Felix de Weldon, was patterned after a Pulitzer Prize-winning Associated Press image of the Feb. 23, 1945, flag-raising by Marines and a Navy Corpsman on Iwo Jima's Mount Suribachi.

The smaller sculpture was largely forgotten about for more than four decades after de Walden placed it in the back of his studio, covering it with a tarp. That's where Brown found it in 1990 while researching a book on de Weldon. It was in desperate need of restoration.

Brown bought the 5-ton monument, paying for it with cash and two peculiar collectors' items: a Stradivarius violin and a silver Newport yachting trophy from the 1920s.

In 1995, Brown presented a restored version of the statute to the Intrepid Sea, Air and Space Museum on the 50th anniversary of the Battle of Iwo Jima.

Brown said earlier this month he wanted to sell the sculpture because "it doesn't fit in my living room."

"I want to find it a good home," he said, "so we can pass the flag onto somebody else."