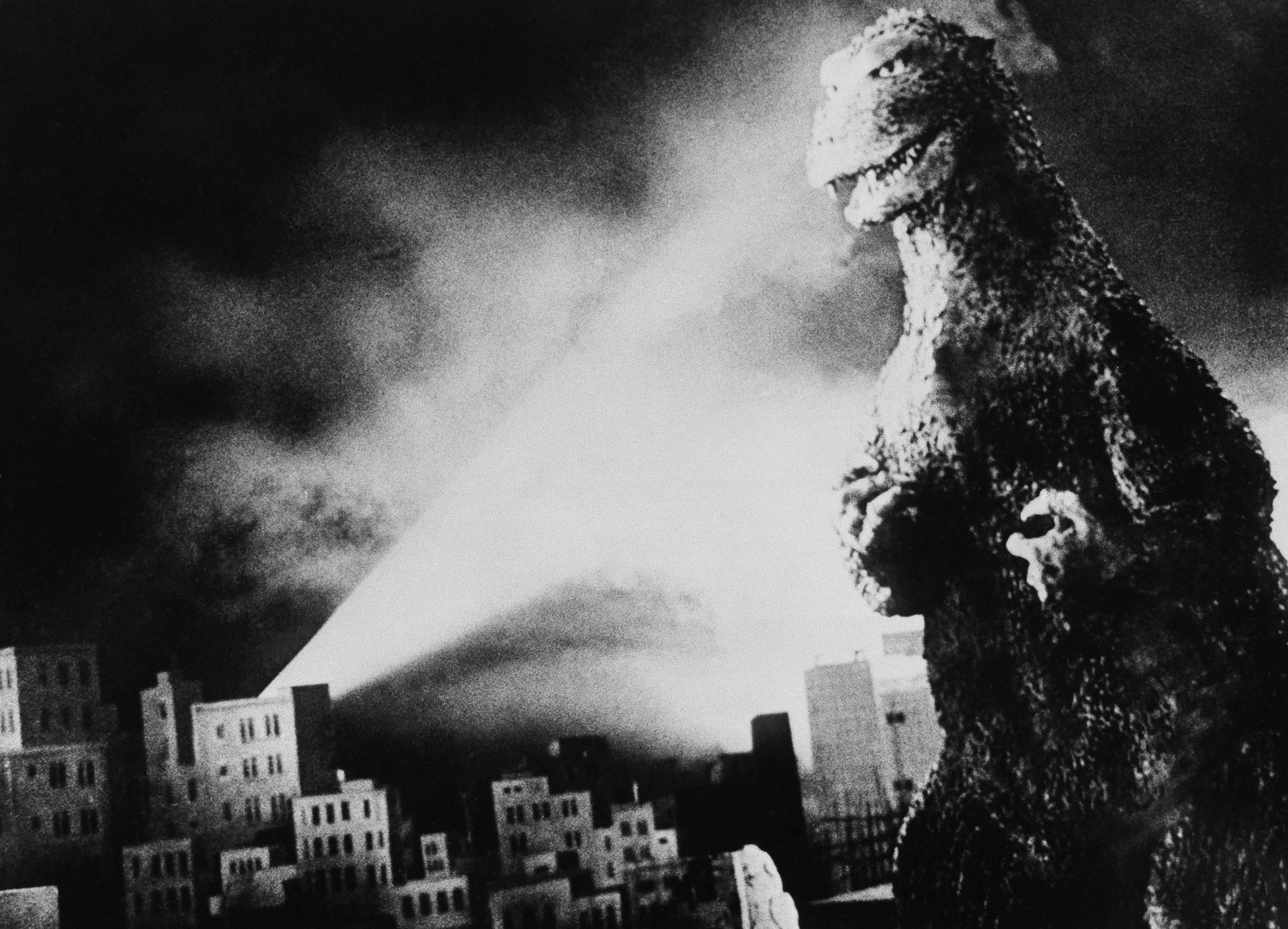 TOKYO -- Sixty-nine years ago on Wednesday, the United States dropped the first of two atomic bombs on Japan. About 140,000 people died in Hiroshima.

A decade later, a movie studio channeled the nuclear paranoia in Japan, unleashing "Godzilla" on the big screen.

Dozens of re-makes followed, included one in 2014, but it all began with one man in a monster suit, CBS News correspondent Seth Doane reports.

In 1954, when "Godzilla" -- or "Gojira" in Japanese -- was released, the mutant sea creature terrorized audiences. Today, the original Godzilla can be found, out of costume, in a memorabilia-stuffed apartment on the outskirts of Tokyo.

Haruo Nakajima was just 25 when he first played Godzilla. He went on to star in 11 other Godzilla films.

"The suit weighed 220 pounds," Nakajima told CBS News. "And I was [surrounded] by [hot] lights. "I stuck a thermometer inside the suit; 140 degrees!"

"Gojira" was released in a post-WWII Japan, which suffered defeat after the U.S. dropped atomic bombs on Hiroshima and then Nagasaki.

"Godzilla is a creature of the Americans," Nakajima said. "Godzilla's breath is nuclear radiation. He showed our audiences that atomic bombs are frightening."

A Tokyo mall exhibition displays props from that first film. For shopper Chisato Owada, the display is a modern-day reminder of Japan's Fukushima nuclear disaster.

"After seeing the problems caused by radiation and the meltdowns, my consciousness changed," Owada said. "Either we use nuclear power carefully or it will imperil us.

Matt Hester, an American stationed in Japan with the Air Force, remembers loving Godzilla as a kid.

Nakajima was not surprised another Godzilla film was released in theaters this year.

"I am reluctant to criticize other people's performances," he said, "but what I don't care for is wantonly destroying things. It's one thing to make a path for yourself so you can walk through, but tearing up buildings on purpose? I think that's bad acting."

They just don't make city-destroying mutant-sea-monsters like they used to.

Voters turn off TVs, phones amid barrage of campaign ads