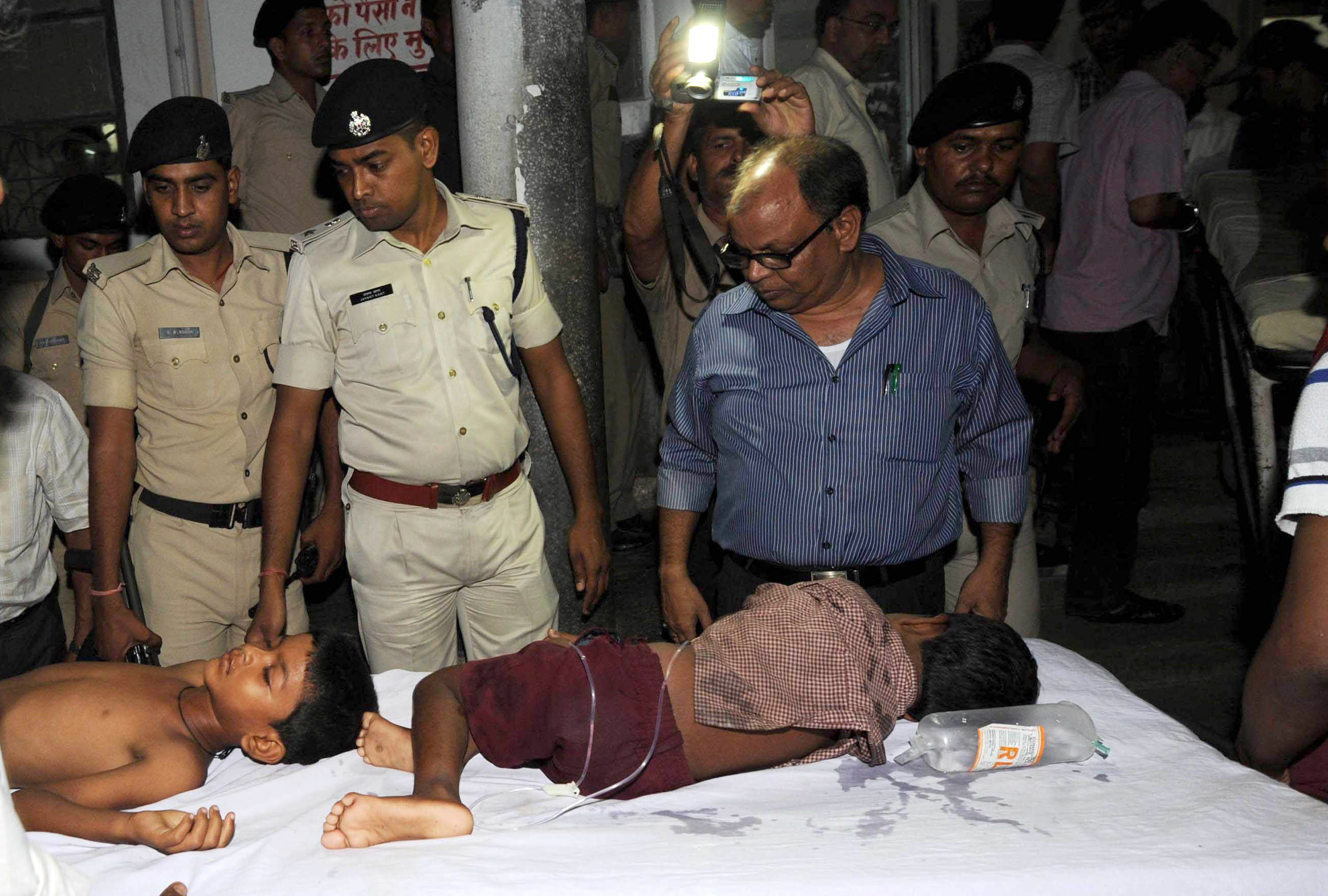 The World Health Organization has reportedly been trying for years to get India to ban the highly toxic organophosphate pesticide that's being blamed for the deaths of 23 schoolchildren.

Reuters reported Monday that the World Health Organization had tried to ban the organophosphate chemical believed to be at the center of the poisonings, monocrotophos, in India dating back to 2009, citing a report released at that time. Swallowing as little as 120 milligrams -- the weight of a few grams of rice -- can lead to death, according to WHO.

Forensic tests have revealed that the children's school lunch contained toxic levels of a deadly pesticide, the Associated Press reported. Dozens more children were hospitalized after eating the contaminated foods.

The BBC quoted a police official last week who said, "It was the high quantity of monocrotophos insecticide found in the food which proved fatal for the schoolchildren."

The incident has been blamed on a bottle of pesticide being used instead of cooking oil to cook the free school lunches of rice, lentils, soybeans and potatoes.

The affected children, who were between the ages of 5 and 12, got sick shortly after eating lunch Tuesday July 16 at the school in Gandamal village. School authorities stopped serving the meal once the children began vomiting.

The school's principal, who went into hiding after the incident, was arrested Tuesday.

The WHO's report flagged health risks in India because the chemical is "widely available," adding monocrotophos has been banned in Australia, Cambodia, China, the European Union, Indonesia, Laos, Philippines, Sri Lanka, Thailand, Vietnam and the United States.

Organophosphate pesticides are a chemical that causes injury when ingested because it inhibits an enzyme called acetylcholinesterase located throughout the central nervous system. Exposure to the chemical, through eating eat or breathing in gas, can lead to a predictable, so-called "cholinergic syndrome," according to the Centers for Disease Control and Prevention. That can cause symptoms like diarrhea, vomiting, sweating, altered mental status, instability of bodily proceses like blood pressure and digestion regulation, and generalized weakness that can become paralysis and stop breathing.

Chemical weapons like nerve agents, such as sarin gas, use concentrated amounts of organophosphates.

"In simple terms it destroys your nerves, and without your nerves your key major organs can't function and death is very rapid," Hamish de Bretton-Gordon, an expert in chemical and biological weapons and the head of U.K. consultancy SecureBio, told CBSNews.com in an email.

A nerve agent can be more than 1,000 times more toxic though, he added. "So in this case if a nerve agent like sarin had been used, you would expect to see 22,000 dead," which may be an underestimate, said de Bretton-Gordon.

Still, the signs and symptoms of organophosphate poisoning are the same as that of nerve agent poisoning, he added. He called it a "very toxic and a horrible way to die."

Recent research in The Lancet estimates about 200,000 people die each year from organophosphate poisonings.

"It is lethal in about 15 percent of cases, and medical management can be quite a challenge," Dr. Robert Glatter, an emergency medicine physician at Lenox Hill Hospital in New York City, told CBSNews.com.

He said it's essential to get early oxygen and respiratory support from IV fluids and medications to people who have been poisoned. Drugs can also be given to combat the delirium and seizures associated with the pesticide.

But even with immediate oxygen patients can still die up to 96 hours after the initial poisoning episode, he said, from respiratory failure caused by the feared "intermediate syndrome."

"This is an important cause of death in patients who have been treated, and resuscitated after admission to the hospital," said Glatter.