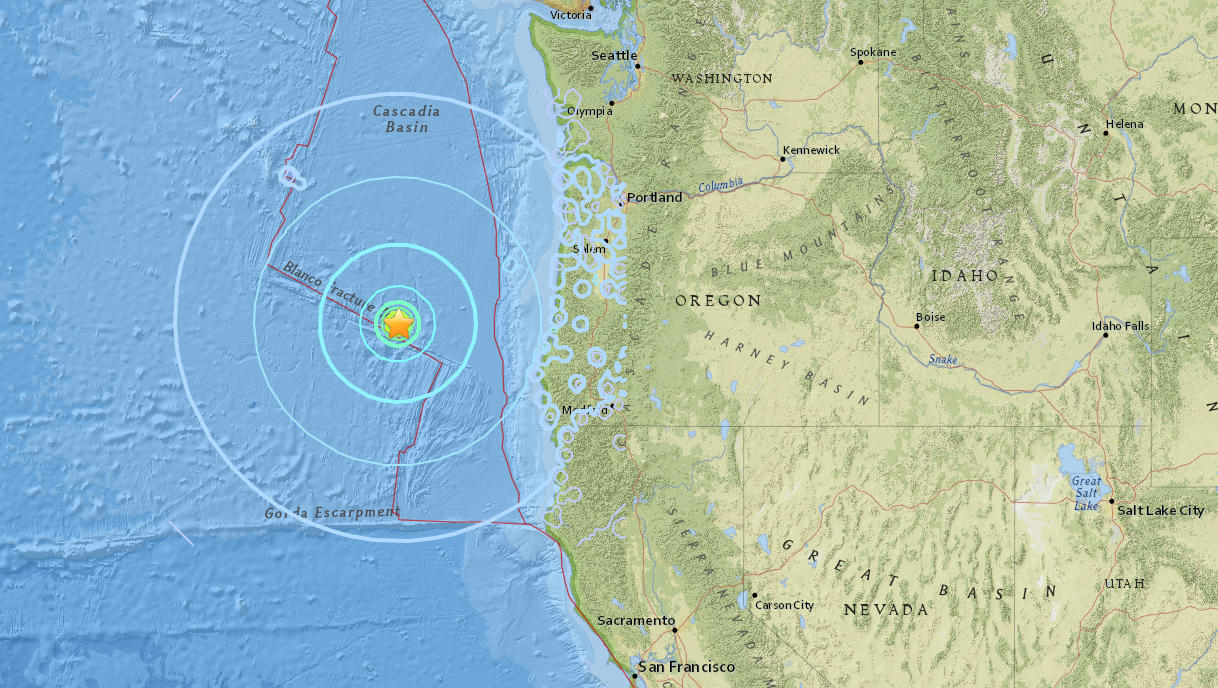 An earthquake and aftershock struck overnight off the coast of south-central Oregon, CBS affiliate KOIN reports.

The United States Geological Survey reports the initial quake, with a preliminary magnitude of 6.2, occurred just after 1:30 a.m. local time. It was centered more than 170 miles (264 kilometers) west of Coos Bay, about 220 miles southwest of Portland.

Robert Sanders of the USGS says there is no tsunami threat associated with the quake. He says people as far away as Portland reported feeling the tremblor.

Dispatch with the Coos Bay police says there have been no reports of damage or injury.

The quake was located at a depth of about 6 miles (10 kilometers).

About two hours later, an aftershock with a preliminary magnitude of 3.5 struck the area.

A fault line known as the Cascadia Subduction Zone lies about 70 miles off the coast of the Pacific Northwest, putting the region at risk of earthquakes and potentially damaging tsunami.