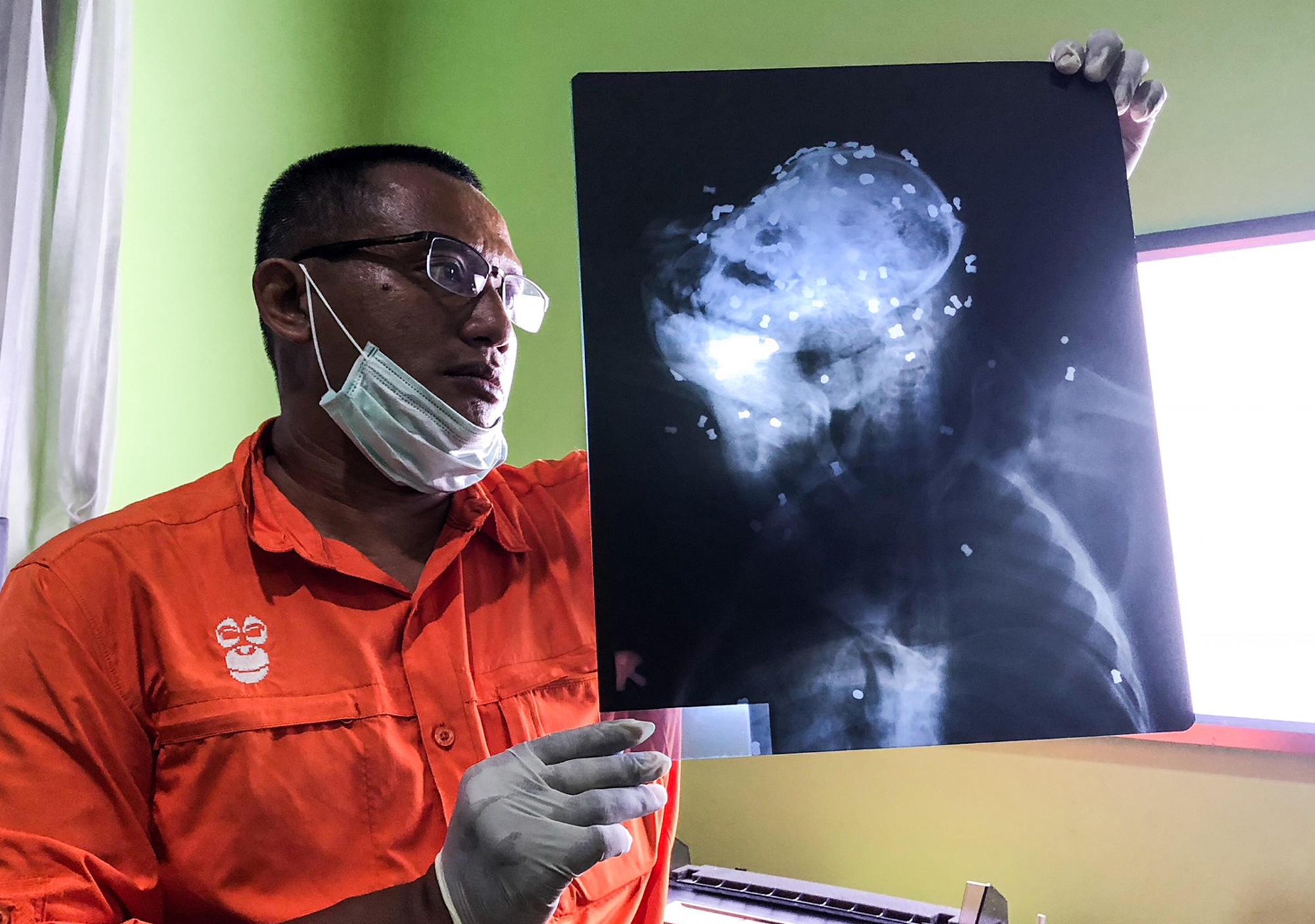 JAKARTA, Indonesia -- A male orangutan on the Indonesian portion of Borneo died after being shot at least 130 times with an air gun and apparently being stabbed and clubbed, in the second known killing of a critically endangered orangutan this year.

Villagers spotted the wounded orangutan in a lake in the Kutai Timur district of East Kalimantan province on Sunday.

Local police chief Teddy Ristiawan said Wednesday that the great ape was still alive when he was taken Monday to a hospital in the town of Bontang.

A statement from the Center for Orangutan Protection said the orangutan died early Tuesday.

An X-ray showed at least 130 air gun pellets in its body, including more than 70 in its head, the center said.

It said an autopsy found the animal had been blinded as a result of the shooting and also had 17 open wounds believed to be caused by sharp objects. Its left thigh, right chest and left hand were bruised from blunt object trauma.

Ramadhani, a manager of habitat protection at the center who goes by one name, said the death was a terrible event in the history of conflict between orangutans and humans in Indonesia.

"The 130 pellets within the body of a primate is a new record, the most ever," he said.

In mid-January, an orangutan was found decapitated and shot more than a dozen times with an air gun in Central Kalimantan, environmental news website Mongabay reported. Police arrested two rubber farmers suspected in the killing, it said.

The number of orangutans in Borneo and on the Indonesian island of Sumatra, recognized as separate species and both classified as critically endangered, has fallen precipitously since the 1970s.

Orangutans are a protected species in Indonesia and Malaysia, but deforestation has dramatically reduced their habitat and brought them into contact with farmers and plantation workers who kill them to protect crops and for meat.

About 40 percent of Borneo's forests have been lost since the early 1970s and another huge swath of forest is expected to be converted to plantation agriculture in the next decade.