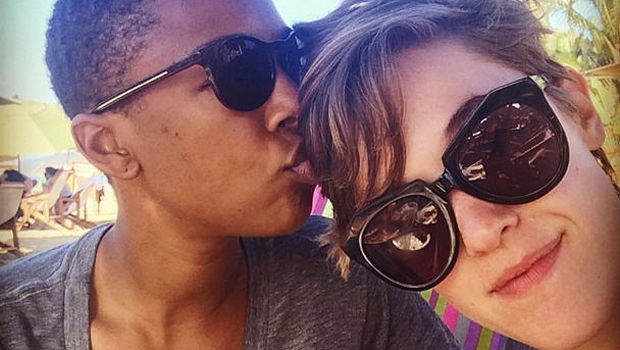 A writer for the Netflix series "Orange is the New Black" has filed for divorce from her husband of two years and is now dating one of the show's female stars.

Lauren Morelli says she realized she was gay while writing for "OITNB." She is now dating Samira Wiley, who plays Poussey on the hit Netflix show.

TMZ reports that she and husband Steve Basilone filed a joint petition for divorce and documents indicate the split is amicable.

In an essay published on Identities.Mic, Morelli tells how she began work on "Orange is the New Black" five months after her wedding. "I realized I was gay in fall 2012, one of my first days on the set," she wrote.

In writing the relationship between Piper (Taylor Schilling) and Alex (Laura Prepon), she added, "I'd found a mouthpiece for my own desires and a glimmer of what my future could look like."

"I am now out to my family, my friends and most of my co-workers on 'Orange' (and now to you, dear reader)," she added. "Now, when I am in the writers' room or on set, I no longer feel like I am stuck in the middle of two truths. I belong because my own narrative fits in alongside the fictional stories that we are telling on the show: stories of people finding themselves, of difficult paths and of redemption."

Wiley, who plays inmate Poussey Washington, has starred on "OITNB" since season 1. Last month, Morelli shared a photo of the two of them heading to the Emmy Awards: