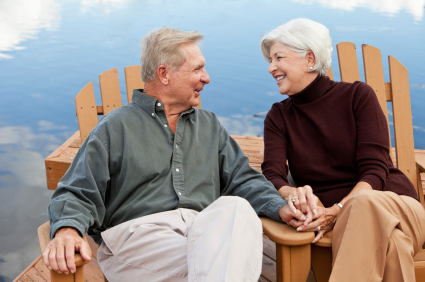 (CBS News) Stay positive - it just might save your life. New research shows being a positive-thinking person can lead to protective benefits for the heart. The study found people with a positive look at life had a reduced risk for heart attack, stroke and other cardiovascular events.

But there's a distinction between being optimistic and being content. The researchers note that simply not being sad or depressed doesn't mean you're happy - the people in their study who had better heart health genuinely saw the world more positively.

"The absence of the negative is not the same thing as the presence of the positive," study author Julia Boehm, a research fellow in the department of society, human development, and health at Harvard School of Public Health in Boston, told HealthPop.

Boehm and her team reviewed more than 200 studies on cardiovascular health, and found optimism and positive well-being not only better protected against heart disease, but having these traits improved other biological functions and lead to living a healthier lifestyle. Boehm said people with a more positive outlook on life and exercised more, ate healthier and slept better. Additionally they were physically healthier, and were less likely to have high cholesterol, high blood pressure or be obese.

After ruling out other heart disease risk factors such as age, body weight, socioeconomic status or smoking, the protective benefits from thinking positively remained: The most optimistic individuals were 50 percent less likely to experience a cardiovascular event like a heart attack or stroke, compared with their less optimistic peers, one study in the review showed.

The study was published online in the April 17 issue of Psychological Bulletin.

Should doctors start prescribing smiles and sunshine to patients?

Boehm said there wasn't enough evidence to provide specific recommendations to the public, but people may want to focus on enhancing the meaning in their life if they want to improve their chances of beating heart disease.

More than 2,200 Americans die of heart disease each day - about one death every 39 seconds, according to the American Heart Association. Heart disease is the number one cause of death in the U.S., killing more than 599,000 people each year. Nearly 123,000 Americans die annually of a stroke, about one in every 18 deaths.

The American Heart Association has more on getting healthy.

5 things to know now that Roe v. Wade has been overturned
Ryan Jaslow