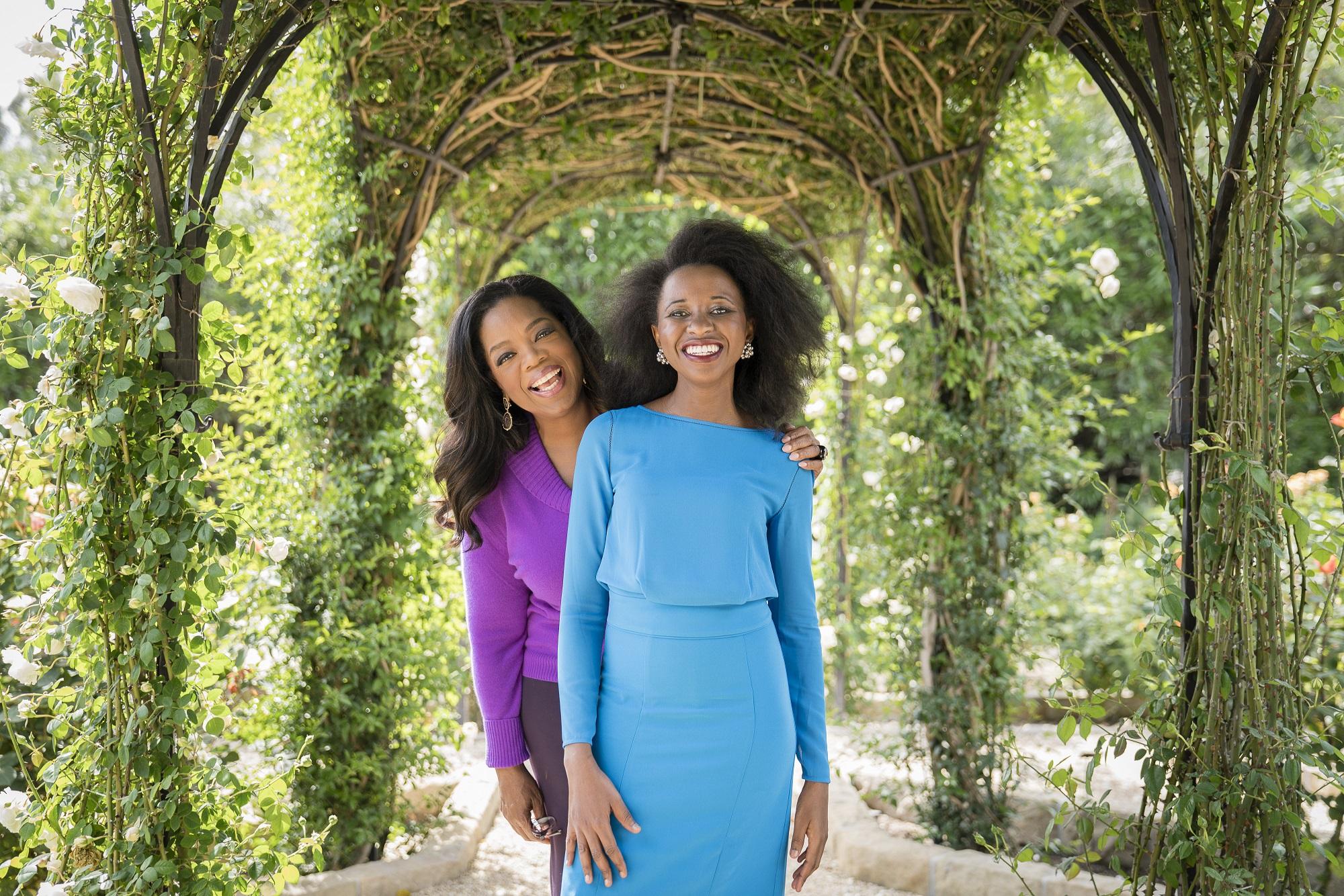 Only on "CBS This Morning," Oprah Winfrey revealed her latest pick for her book club: "Behold the Dreamers" by Imbolo Mbue.

Winfrey said the story takes readers on a "breathless journey."

"It's everything our culture is grappling with right now, at least many of the things about race and class, about the economy, immigration, the dangers of us versus them mentality. So when you read it, it'll feel very modern, like it's happening right now," Winfrey said. "And underneath the story pumps everything we love about a story: heart and soul of family love, the pursuit of happiness and actually what home really means."

Mbue's debut novel won the 2017 PEN/Faulkner Award for fiction and is available in paperback today.

1. Immigration plays a huge role in this novel. For the Jongas, America is a place of hope and promise, a "place where you can become somebody," but the machine and policies are anything but welcoming and clear and the road to citizenship is jagged. Discuss the portrayal of the American immigration in this novel. How does this shift the traditional representation of America?

2. In Jende's job as a driver for the Edwards family, he often transcends the boundaries between their public personas and their private lives. Behind the safety of a closed car door, the Edwards show their truest selves and Jende is often a silent witness to much of what they would not show to the world: marital issues, the crumbling of Lehman Brothers, infidelity, family arguments. How does this impact Jende's understanding of this family? How does it inform our interpretations?

3. Though both the Edwards and the Jongas have their own individual worries, so much of what concerns both of these couples is the well-being and success of their children. Discuss the parenting styles that the Edwards and the Jongas utilize. How are they similar? How do they differ? Why do we place so much weight on the raising of children? How can our own pathways in life lead the way we direct our children? How do our parents impact our view of the world and futures?

4. On the surface, it would seem that Cindy and Neni are two extremely different women. Cindy, in particular, is a conflicted person: sometimes ignorant, conniving, self-centered. However, it soon becomes clear that, in their own ways, Cindy and Neni are bonded, both women struggling to understand their roles as wives and women, and as the novel progresses, their identities seem to merge. How else are they similar? How are they different? What do they learn from one another?

5. Discuss the character of Vince Edwards. What do you make of his relationship to his family and his thoughts about his country? How do his opinions play a larger role in the novel? What do you think is in store for him in India?

6. Though they moved to America to find better life as a couple and as a family, both Jende and Neni are inevitably impacted by the way America shapes their own personal identities. What are some of the ways in which they change as individuals over the course of the novel? How does their marriage change? Do you feel this is for the better or worse? How does it speak largely to the way America's ideals impact the members of its society?

7. Discuss the role of dreams in the novel. How do dreams drive the plot of the novel? What kind of dreams do these characters wish to achieve? What dreams are deferred?

8. Though external forces drive the plot of the novel, the marriages of both the Edwards and the Jongas fuel a lot of the drama as well. How do these marriages differ? How are they similar? How do both of these relationships influence the events of the story?

9. Though Jende and Neni are both "outsiders" in American society, they also seem to have the clearest observations and insight into American culture. What are some examples of this? How does the role of an outsider provide a unique vantage point?

10. The Jendes often reflect on their home of Cameroon with both nostalgia and negativity; though they have left their homeland for a better country, Cameroon still remains in their hearts and minds. However, it is clear that even for Clark and Cindy, who are American citizens, it is very difficult to forget where you came from, the history that made you who you are. Discuss the concept of "home" in this novel. How does it impact the central characters?

11. Perhaps one of the saddest moments of the novel is the Jongas' return to Cameroon. What do you think of this decision? How do you envision their lives if they had tried to stay in America?

12. Consider the theme of power in the novel. How do some of these characters hold power over one another? How do they yield this power?

13. Discuss the choice to place this novel in an America on the brink of recession and the Wall Street collapse. How would this story have looked different without this moment in American history? What would these characters' journeys have looked like?

14. Discuss the character of Clark Edwards, a man who seems to have many different sides. What is his culpability in the collapse of Lehman Brothers? What type of husband and father is he? Would you consider him a good or a bad man?

15. Consider the role of the American Dream in the novel. How is this ideal defined in this story? In what ways is it manifested in the central men and women of this story? How does it fail them?