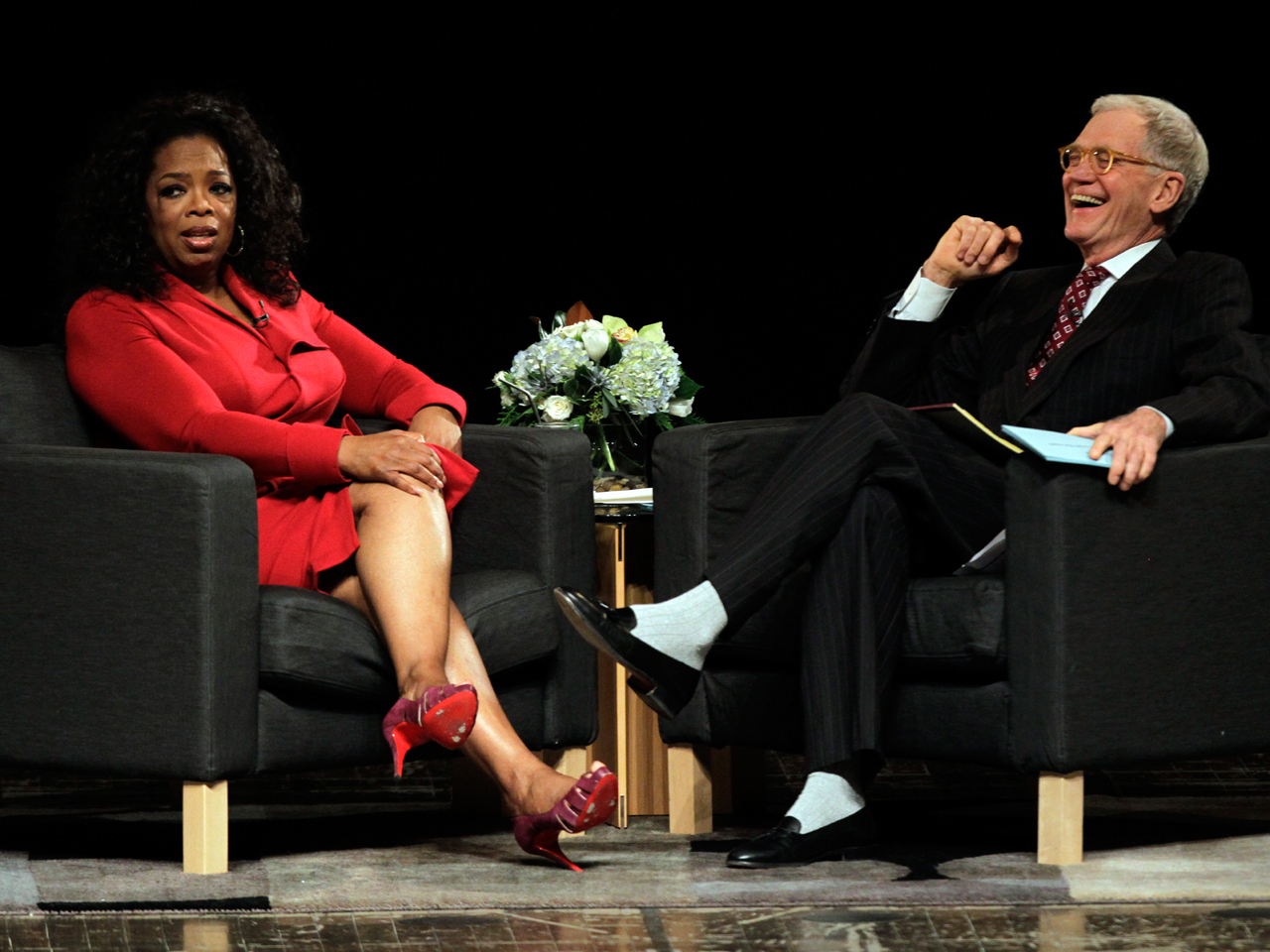 The media mogul recounted her own childhood physical and sexual abuse during an appearance at Ball State University in Muncie, Ind., as part of a lecture series Letterman sponsors at his alma mater.

Winfrey told the "Late Show" host, "Anybody who has been verbally abused or physically abused will spend a great deal of their life rebuilding their esteem."

"You're an extraordinary person who lived through hell," Letterman told her, according to the Chicago Sun-Times. "You were not consumed, you prevailed."

The Star-Press of Muncie reports the two discussed their very different upbringings, the quality of television programming and other topics.

About 3,000 Ball State students and others attended the conversation at Emens Auditorium on the Muncie campus. Hundreds of students camped out all night earlier this month to get free tickets for the event.