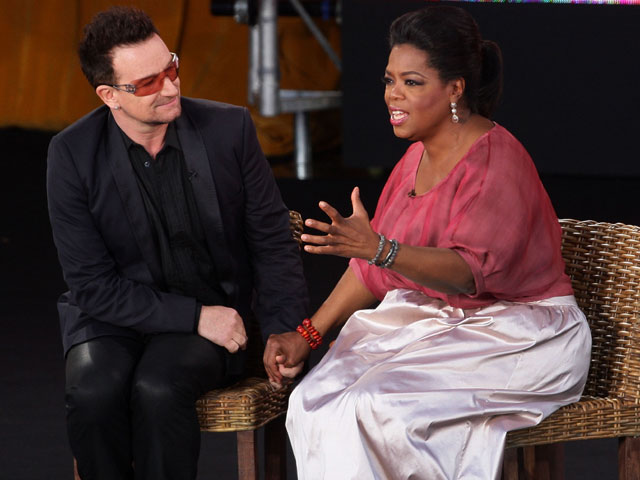 That was the offer made to the U2 frontman by Oprah Winfrey, who is launching her own cable network on New Year's Day.

Winfrey told the New York Times that she approached Bono at a recent dinner and asked him, "Would you like a TV show?"

"I look at everything now through the prism of, 'This could make a very good TV show!' " she said.

It looks as if Bono declined - he isn't among the names that have been announced on the Oprah Winfrey Network lineup. But others have signed up for their own shows on OWN.

Rosie O'Donnell is returning to television in September with an as-yet-untitled talk show on the network. Country singer Shania Twain is also getting her own series, titled "Why Not? With Shania Twain."

Another documentary series will focus on Sarah Ferguson, the Duchess of York. The show, called "Finding Sarah," will focus on Ferguson getting her life back on track (following the scandal of being caught on camera trying to sell access to her ex, Prince Andrew), with help from "Oprah" regulars Suze Orman and Dr. Phil McGraw, according to the Times.

Who would you like to see host a show on OWN? Share your thoughts in the comments.