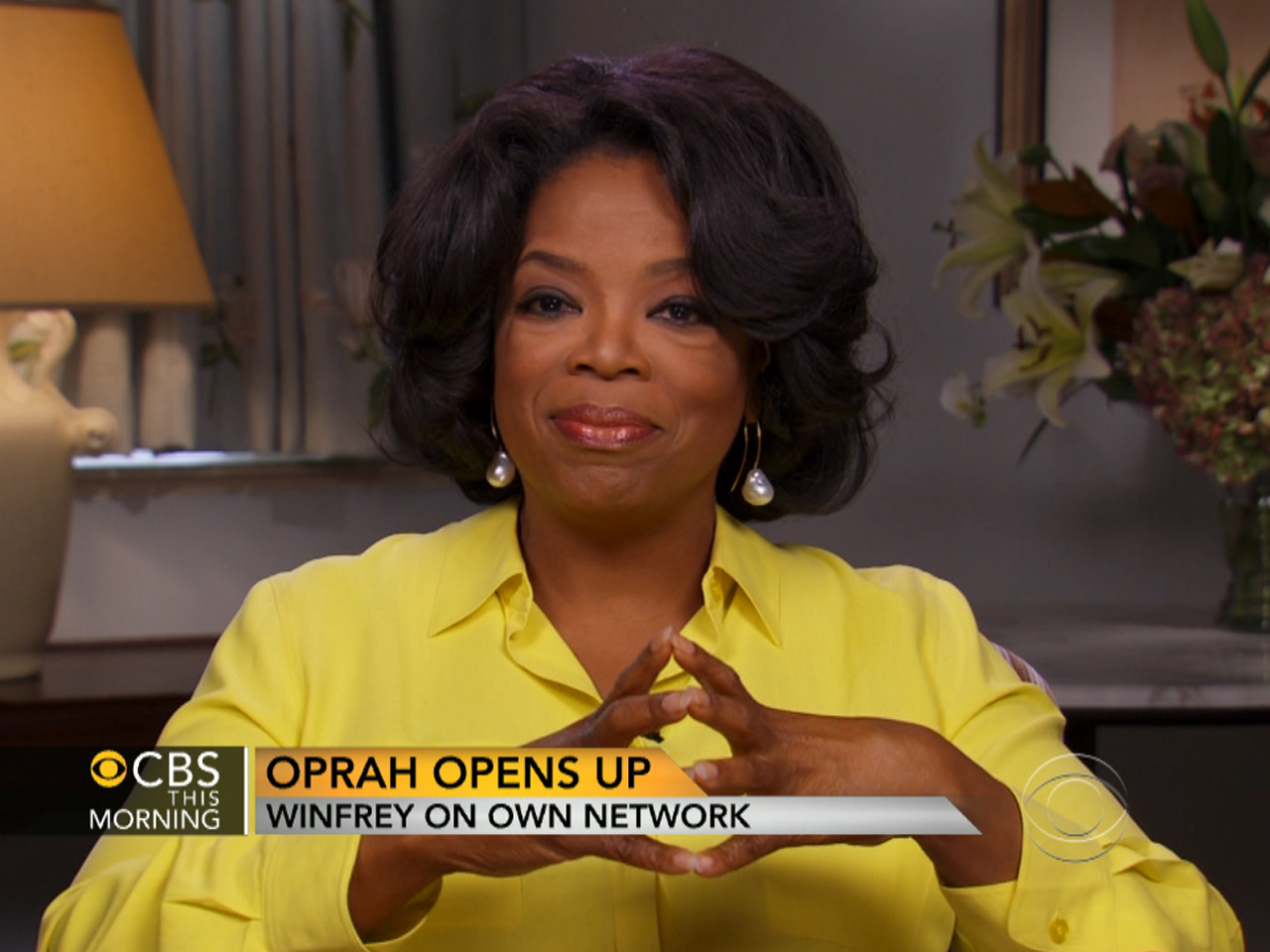 (CBS News) With the release of this year's magazine "power" lists," Oprah Winfrey once again remains among the ranks of two magazines' prestigious annual lists: Forbes' list of the 400 wealthiest Americans and Fortune's 50 Most Powerful Women.

Fortune readers may be in for a surprise, however, when they find the media mogul has slipped to the 50th spot, down from the 16th spot just last year. The magazine explains the move, citing struggles at her magazine and at the OWN network. Both have wavered over the past year, but recently, OWN celebrated a ratings resurgence and "O, The Oprah Magazine," remains one of the most widely read magazine across the U.S. Fortune also explained the so-called power decrease was due to the end of her daily television appearances.

Winfrey spoke to "CBS This Morning" Thursday from New Orleans about Fortune's claim that the star has "lost her Midas touch."

Referring to her spot on the list, Winfrey joked with "CTM" co-host Charlie Rose that she was "hanging on, barely!"

When asked if the rankings slip bothered her, she replied, "For heaven's sakes, no ... I've been very honored and flattered over the years to be on various lists but for me the most important thing is what you do with that ranking." She even admitted to "CTM" co-host and longtime friend, Gayle King that "I wouldn't have known that the magazine was out or that I was on the list if you hadn't called me ... it didn't faze me at all."

Winfrey pivoted to this week's issue of "Forbes," which not only features a wealth list, but also an article on just what she is doing with that wealth and influence.

"There's a 'Forbes' magazine coming out that talks about the importance of really what you do with wherever you are in your life," she explained, adding that for her, it's about "how I use what my position ... my success ... my abilities ... for other people."

Oprah defended her longtime magazine and more recent venture, OWN. "This is a tough time for all magazines," she said, "That's why we're very proud for our e-edition of our magazine."

Turning to OWN, Oprah explained that taking a more hands-on approach at the network helped to turn it around in recent months. "When I was on [CTM] in April, we were going through some tough times," she admitted. "I'm happy to report that we ahve made the turn...the key for me was getting engaged myself...in the programming."

Still, Oprah is most proud of her more philanthropic ventures, and enthusiastically spoke about recently dropping students from her school in South Africa off at college in Boston, calling the trip "the most rewarding thing I have ever experienced."

Oprah said dealing with leadership issues and other roadblocks at the school helped her to confront challenges at OWN. "All the time, I use the school and my struggles and challenges with getting the school in shape ... to the network ... and it took about five years."

As Oprah detailed dropping the girls off at college, Gayle King interjected, joking that Oprah made her first ever trip to "Bed, Bath, and Beyond"  in Boston.

King explained that Oprah called her to say, "'We went to this store called Bed, Bath & Beyond, have you heard of it?' I go, 'Have I heard about it?' ... And she goes, 'Well I had no idea what it was, I thought it was a little boutique but it's really a cool store!'"

Before her appearance on "CBS This Morning," the star had been up all night on the set of director Lee Daniels' forthcoming film, "The Butler." Referring to the film, Oprah emphatically told Charlie Rose, "I'm not starring, Charlie! It's an ensemble, I'm in it," before gushing about the ensemble, Daniels' talent, and Forest Whitaker's unique abilities.

"For me, it's not so much about the acting as it is about being able to work with an ensemble ... to be able to have that family vibe," she said before adding, "Lee Daniels is an incredible, sometimes crazy, director. He's really great."

Oprah plays Forest Whitaker's wife in the film and when King pressed her on Whitaker's kissing capabilities, she said, "I felt pretty good about it, let me just say. Forest is a good kisser, how about that? Thank you Keisha Whitaker!"