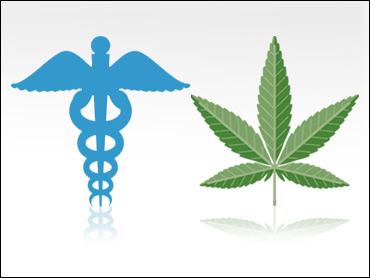 Herbert D. Kleber, M.D., a professor of psychiatry and the director of the Division on Substance Abuse at Columbia University, believes rigorous FDA testing is necessary before the smoked form of marijuana is made available to patients.

Marijuana has been used since at least 2700 B.C., although it was not used in Europe until Napoleon's troops brought it back after conquering Egypt. Marijuana is a mixture of the dried leaves, stems and seeds from the cannabis sativa plant. While delta-9-tetrahydrocannabinol (THC) is the main psychoactive cannabinol and the one that causes intoxication, there are more then 400 other chemicals, 60 of which are referred to as cannabinoids. The potency of any given batch is a function of the genetic strain and the growing conditions (sunlight, moisture, temperature, etc.). Potency in the U.S. today ranges from as low as 1-3 percent (common in the 1970s) to 8-10 percent with potencies higher than 20 percent reported. Approximately 9 percent of individuals who try marijuana end up addicted to it and a withdrawal syndrome has been clearly described. The younger one starts use and the more one smokes during adolescence, the greater the likelihood of harmful effects. There are hundreds of thousands of individuals applying annually for substance abuse treatment where marijuana is the primary drug.

During intoxication, marijuana disrupts short-term memory, attention and judgment as well as impairing coordination and balance. The withdrawal syndrome is similar to nicotine withdrawal (increased anxiety, trouble sleeping, irritability, etc.) except that appetite is decreased. The withdrawal symptoms last a few days to a week or more and can be so difficult for some individuals that relapse is high even after abstinence has been reached. THC is fat soluble and can be stored in various organs for weeks after last use and can persist in the urine for up to a month. There are a number of very serious side-effects including increased likelihood of cancer, impaired immune system and increased chance of other drug problems such as addiction to opiates. Some studies disagree on these. Recently, substantial evidence has been published linking marijuana use to earlier onset of schizophrenia and other psychoses.

Comprehensive reports on possible medical uses of marijuana include the Institute of Medicine report in 1999 and the American Medical Association position paper of 2001. Proponents of "medical marijuana" suggest its use for a variety of conditions including nausea and vomiting secondary to cancer chemotherapy, AIDS wasting, neuropathic pain and movement disorders such as the spasticity associated with multiple sclerosis. Dronabinol, a synthetic form of THC in pill form is available by prescription as a schedule 3 agent and in controlled studies has been shown to be as effective as the smoked form but with a slower rate of onset, and with less hazards because it avoids the respiratory effects. A number of studies have been carried out by the Center of Medical Cannabis Research at UCSD, funded by the State of California. Approved medical researchers can be supplied with marijuana of different potencies (on a reimbursable basis). In spite of the lack of evidence for many proposed marijuana uses, some advocates urge its availability for "any condition that the individual wants to use it for." Such a stance has led in California to over 300,000 individuals receiving "medical marijuana" for numerous unproven indications or for no serious indication at all. No medication in the U.S. is currently used by the smoked route because of respiratory concerns and inconsistent dosing.

Marijuana is not a benign substance. Especially with the higher potencies available today, more serious problems are emerging. It would be a major public health mistake to make the smoked form available today before it has undergone FDA approval, especially since a THC pill is available and other approved agents are readily accessible. We should not scrap the regulatory system that has served us well for decades. While not perfect, it has prevented many drugs with dangerous effects from being marketed. Availability by referendum or legislative fiat, led in the 1980s to Laetrile, a potentially fatal agent, being approved in over 20 states for treatment of cancer. As the IOM report suggest, compassionate use in certain cases (e.g., terminal cancer) that have not responded to existing agents, including the pill form, should be possible - but under conditions where data on effectiveness and side effects can be gathered. Otherwise we are left with anecdotes but as has been pointed out frequently, the plural of anecdotes is not data.